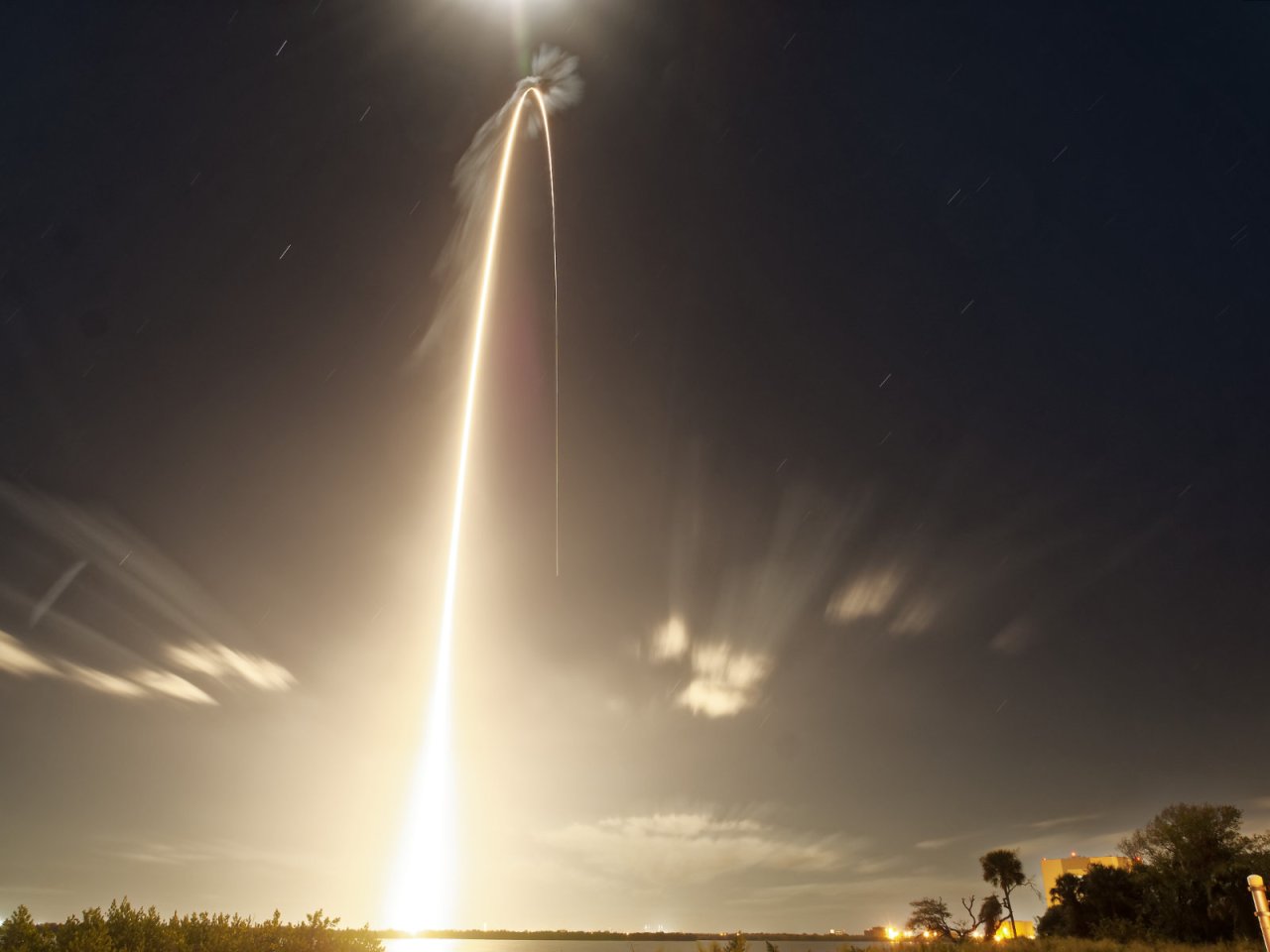 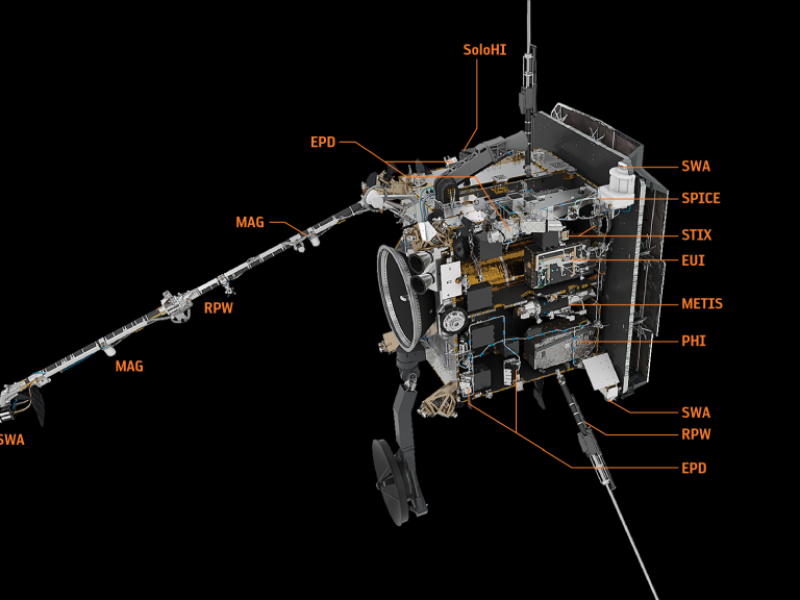 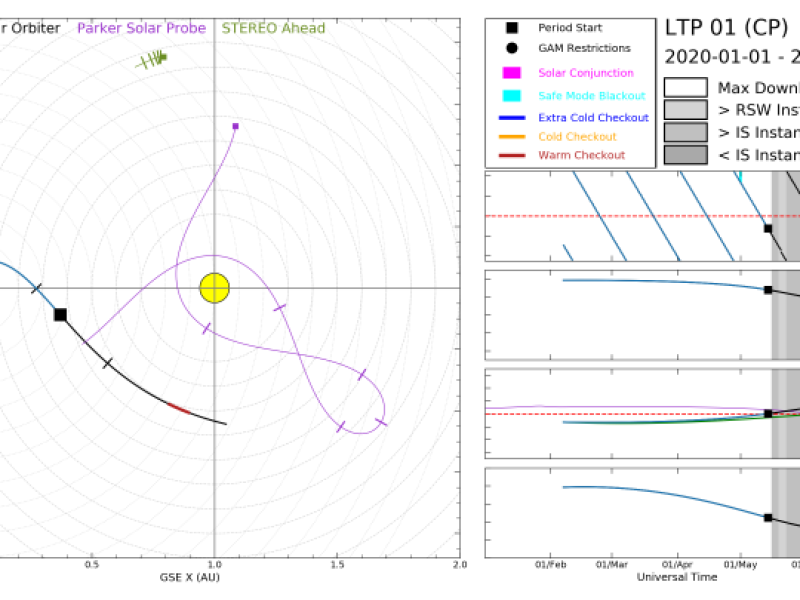 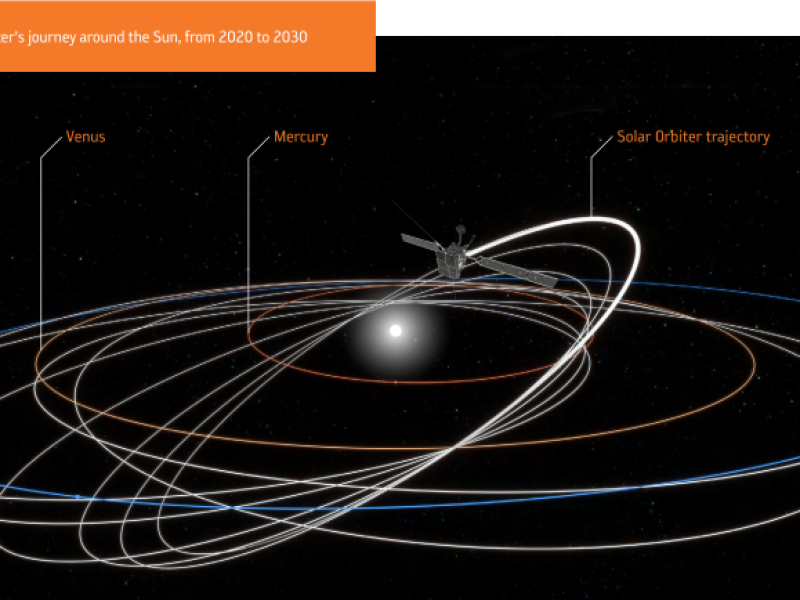 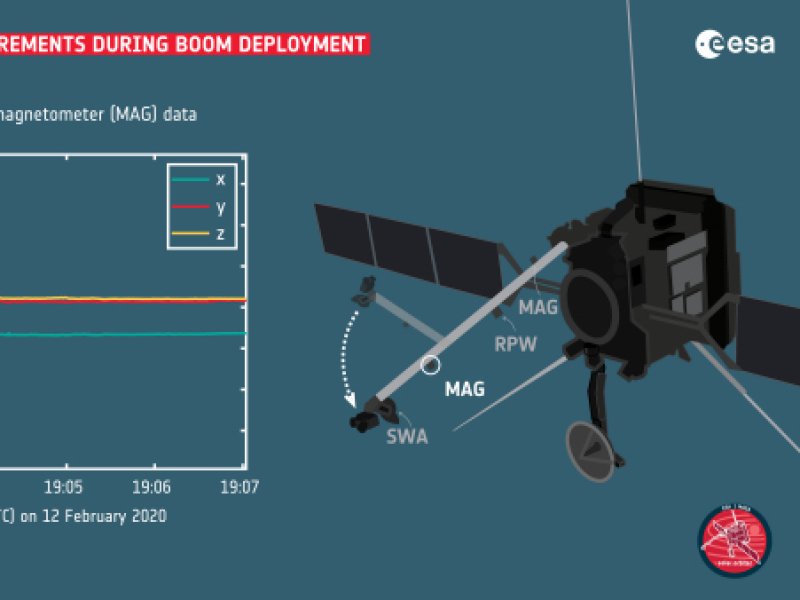 The European spacecraft was successfully launched from Cape Canaveral on February 10th, 2020, after the four days delay due to bad weather in Florida during previous weeks. Electronics from Charles University, Faculty of Mathematics and Physics, is also on-board, together with other hardware provided by the Astronomical Institute, Institute of Atmospheric Physics, and TOPTEC/Institute of Plasma Physics of Czech Academy of Sciences. This has been the largest space hardware contribution of Czech scientists since the establishment of the Czech Republic. The development and manufacturing of electronics and optical components to four of total ten of the Solar Orbiter scientific instruments (SWA, RPW, STIX, METIS) have been financed mostly through the Czech contribution to the ESA PRODEX programme.

Solar Orbiter – the joint ESA/NASA collaboration project is the first M-class mission of the Cosmic Vision 2015-2025 programme. Scientists from Charles University, Faculty of Mathematics and Physics, have been involved in development of electronics for one of the scientific instruments. (See the news from July 2017 and October 2019.)

The spacecraft is equipped with a state-of-the-art suite of instruments performing comprehensive in-situ measurements of electric and magnetic fields, plasma, and energetic particles in the solar wind as well as remote-sensing observations using spectral imagers and coronagraphs to study processes in the Sun atmosphere in a wide range of wavelengths – from visual to x-ray spectra.   The scientific goals addressed by Solar Orbiter are covered by the four top-level scientific questions:

Solar Orbiter launch occurred at 05:13 CET February 10th, 2020 from Cape Canaveral in Florida, US.  The United Launch Alliance Atlas V 411 rocket launcher with the Centaur second stage delivered the spacecraft successfully into the interplanetary orbit heading towards the first Venus flyby during December 2020. The spacecraft deployed successfully the solar panels few minutes after separation from the Centaur stage. Within first few days in orbit the spacecraft also deployed the instrument boom and the electric antennas and the Near Earth Commissioning Phase (NECP) began. The magnetometer and wave instruments (MAG, RPW) were switched on and sent the first data last week. The spacecraft and scientific instrument commissioning and calibration will last about three months. The Proton and Alpha Sensor of the Solar Wind Analyzer suite (SWA/PAS), for which the Faculty of Mathematics and Physics CU developed the front-end electronics board, is expected to be first switched on in the end of March 2020 after several weeks of the instrument degassing.

Following the NECP operations, the in-situ measurements instruments will continuously collect scientific data during the mission Cruise Phase lasting till the end of 2021. During the next five years of the Nominal Mission Phase the Solar Orbiter spacecraft is expected to gain several primacies – for the first time simultaneous in-situ measurements and remote-sensing observations will be taken from a distance of only 0.28 astronomical units (42 million kilometres, i.e., within the Mercury orbit). At its closest approach to the Sun, it will co-rotate with the solar surface below and thus it will stay for a relatively long period above the same solar region enabling a detail study of processes occurring there. After a series of gravity-assisted manoeuvres during repetitive Venus and Earth fly-byes, Solar Orbiter will gradually enter the out-of-ecliptic orbit, which will enable investigations of processes occurring in high-latitude solar regions, including first imaging of the solar poles. During the whole mission Solar Orbiter will coordinate its observations with the NASA Parker Solar Probe that was launched on August 12th, 2018.

All scientific data shall be open to a general scientific community from the ESA data archive after three months after the data arrival to ground. The first publications of the Solar Orbiter scientific results are expected by the end of this year.

The Space Physics Group of the Department of Surface and Plasma Physics, MFF UK, participated in the development of electronics for the Proton and Alpha Particle Sensor (PAS) of the Solar Wind Analyser (SWA) suit. Its members will gain a priority access to the latest data soon after their reception by ground telemetric stations. Scientists and doctoral students will take part in the instrument monitoring and in-flight calibration with their own software. They will search for important events and perform regular data inspection before the data are released to public. We plan announcement of several doctoral, master, and bachelor thesis topics aiming to processing and interpretation of data from this important international scientific project in future years.

The Space Physics Group belongs to the Department of Surface and Plasma Science, Faculty of Mathematics and Physics, Charles University. Its scientific research is oriented to experimental investigations of the space plasma and dust environment providing design and development of space plasma instruments and diagnostic methods for solar wind, magnetospheric, and ionospheric international research projects . The research is predominantly focused on Sun-Earth relationships and space weather by studying parameters of plasma, charged particles, and waves mainly in the solar wind and its discontinuities (incl. interplanetary shocks), and related processes in the Earth's magnetosphere. Further research areas are investigations of the turbulence and electromagnetic waves in the geospace and laboratory simulations of dust charging in space.