Why study in Prague?

Enrol at a top-level institution 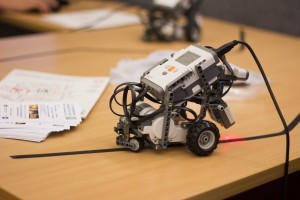 Silver medal at the ACM International Collegiate Programming Contest in 2015!

Charles University ranks among the top 2% of universities worldwide, a position that has been repeatedly confirmed by international university rankings. In computer science and mathematics it does even better. We provide the facts below:

The education programmes at Charles University are accredited by the Ministry of Education, Youth, and Sports of the Czech Republic and the degrees awarded to our graduates are internationally recognized.

Participate in an outstanding programme 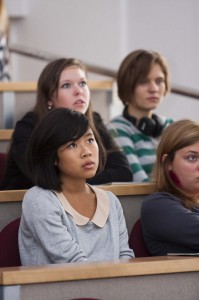 Charles University has a long tradition, dating back to the 14th century, of promoting science, knowledge, and education in general. Already in the 14th century foreign students were coming to Prague to study at our university. Today, Charles University’s world-class research is the foundation for its high-quality education. It offers bachelor’s, master’s and PhD programmes. Teaching and research go hand in hand, both in our vision and work. Even undergraduate courses are taught by prominent and distinguished researchers. These include Jaroslav Nešetřil, Jiří Sgall and Jan Kratochvíl, to name a few. You can look up these people at Microsoft Academic Search or Google Scholar. In our curriculum we put a strong emphasis on ideas and concepts that have stood the test of time and that will endure. At the same time, we provide opportunities to become acquainted with modern research and technologies. While providing a high-quality education, we strive to maintain a friendly academic environment with an individual approach to students. The ratio of students to professors is only around 13:1. At Charles University we use the European Credit Transfer System (ECTS). The following are a few illustrations of the quality of our education. More than 40% of Internet peering centers worldwide use the BIRD routing server, software that originated as a student project at our university. One of the two main integrated development environments for JAVA is NetBeans, software that originated as a student project at our university. The quality of our study programmes is also seen in the fact that our graduates move on to successful careers with companies such as Google, Facebook, IBM, GoodData, Oracle, SAS, Deloitte, Novartis, Two Sigma and Avast. Have a look at the Alumni section. 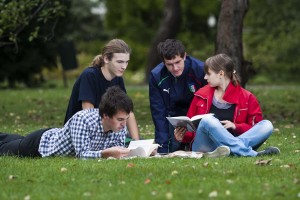 For Bachelor’s and Master’s Programmes, the annual tuition fee is 5700 EUR and students from the EU are eligible for a 40 percent discount; for PhD Programmes, there is no tuition fee. Moreover, various scholarships are available for our students - check the section Scholarships. Average living costs range from 400 to 600 EUR ($460 – $700) per month, including accommodation, meals, public transport, and leisure activities. For our students we provide convenient and affordable accommodation in student dormitories. To get a better idea about living costs in Prague we recommend the overview on expats.cz. You won’t need a car while studying at Charles University: trams, buses and the metro can take you absolutely anywhere you want to go and have very frequent schedules. In fact, using a car in Prague is more of a hindrance than a help. 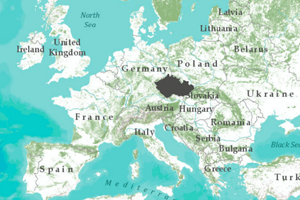 Live in one of the world’s most beautiful cities 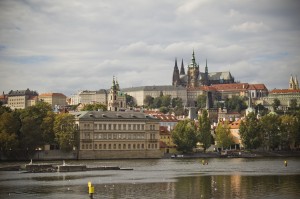 Charles University is located right in the historical city centre of Prague. Here you will find stunning architecture, lovely lanes, lofty church spires and cupolas, splendid palaces and town houses, bridges criss-crossing the river Vltava, and extensive green spaces in its gardens, parks and islands. With a more than 1100-year-long history, Prague is a city in which all architectural styles can be found: from Romanesque through Gothic, Renaissance and Baroque to Classical, as well as modern styles such as Cubism, Art Deco, Functionalism and contemporary trends. Since 1992, the historic centre of Prague has been included in the UNESCO list of World Heritage Sites. No wonder that Prague is an attractive tourist destination – more than five million tourists visited it in 2011. Its beauty, location and characteristic elements have earned the city many nicknames: the Golden City, the heart of Europe, the City of a Hundred Spires, the Pearl of Cities … The most remarkable monuments in Prague include Prague Castle, the largest ancient castle complex in the world; Charles Bridge, the oldest bridge in Prague, built by Holy Roman Emperor Charles IV in 1357; the Old Town Hall with its Astronomical Clock, a place associated with the most significant events in the country’s history; and this is just to name a few. The Computer Science building of Charles University is a former Jesuit monastery dating from the 17th century and located between Charles Bridge and Prague Castle. If you haven’t been to Prague yet, you may get some feel for the city by using the Google and Seznam map applications.

Broaden your horizons: interesting facts you may not have known

Take a look at our curriculum, admission process, living in Prague, testimonials from our graduates, or International Student Handbook.