The Albert Einstein Center for Gravitation and Astrophysics 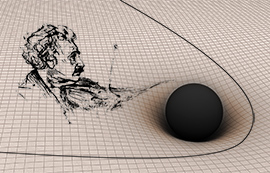 Among the members, there are internationally recognized leaders as well as young researchers, most of them were associated with the ITP in the past as students. More recently, postdocs from various foreign countries have been doing research within the Center. The main interests are focused on the physics and astrophysics of black holes, properties of gravitational radiation, construction and interpretation of exact solutions of the Einstein equations, including higher-dimensional gravity theories, conservation laws in general relativity and other theories of gravity, gravitational lensing, various aspects of perturbation theories in general relativity and cosmology, etc. We are also interested in the history of general relativity, relativistic astrophysics and cosmology. We have established a number of international contacts, in particular with the Albert Einstein Institute in Golm/Potsdam, with the Institute of Astronomy and DAMTP at the University of Cambridge, with the Perimeter Institute in Canada, etc., and we have organized international conferences and meetings.