It has been eight years since a unique collection of audio-visual recordings held by the USC Shoah Foundation was made available to the Czech public. These archival materials are being used by researchers, teachers, and students. 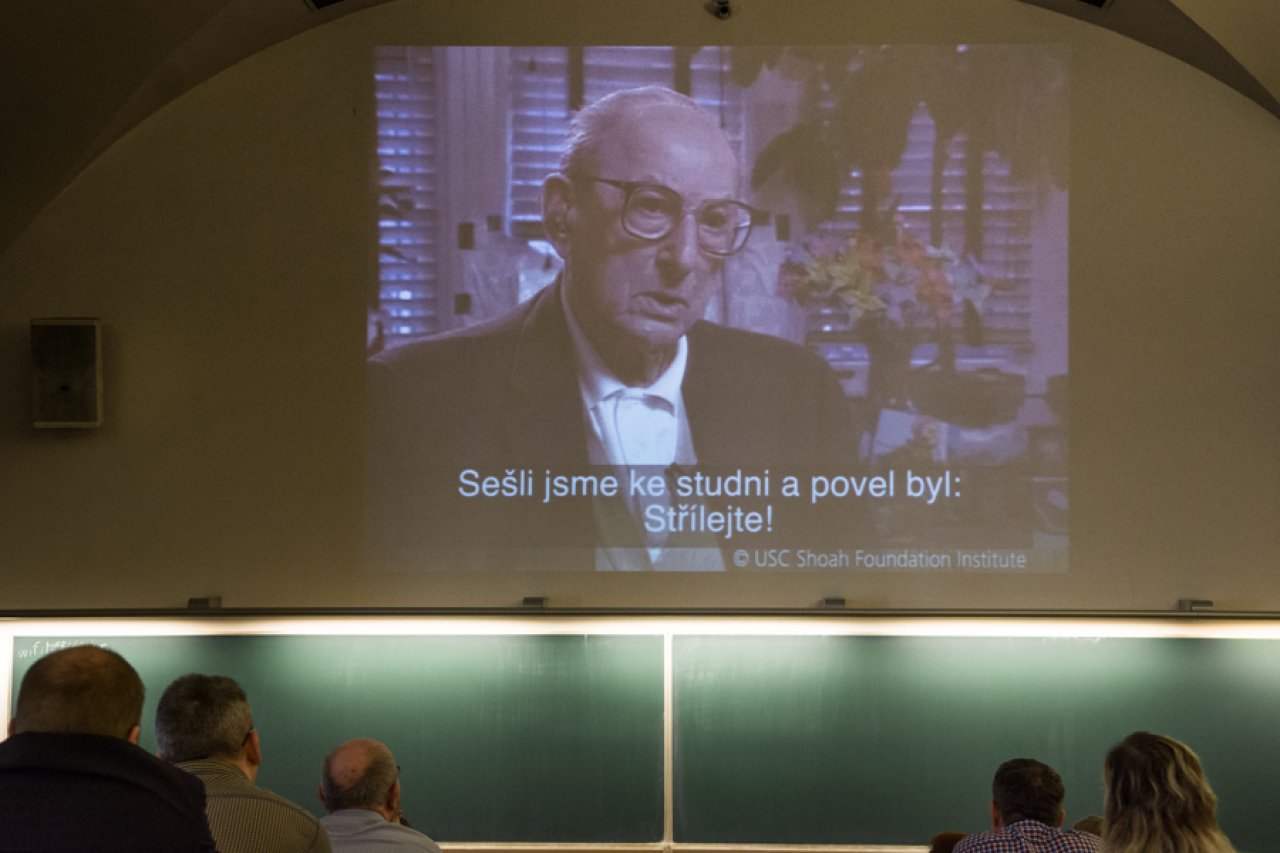 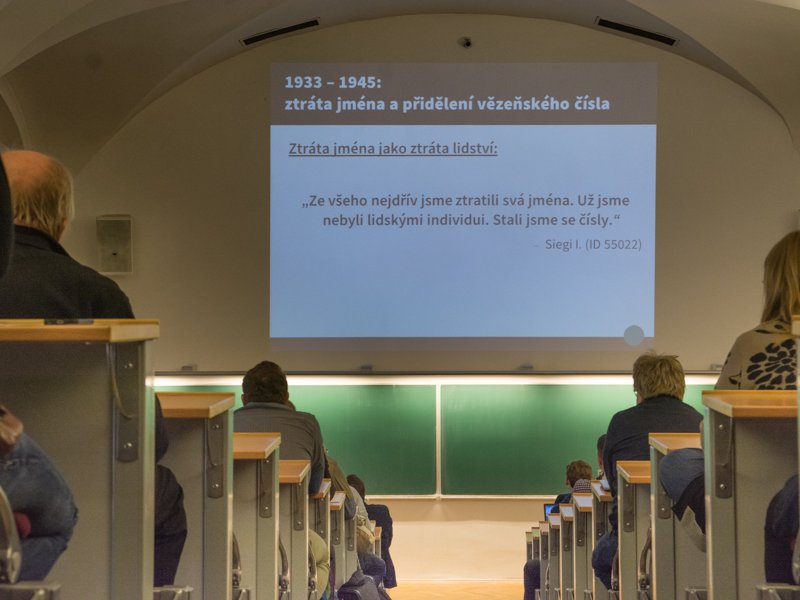 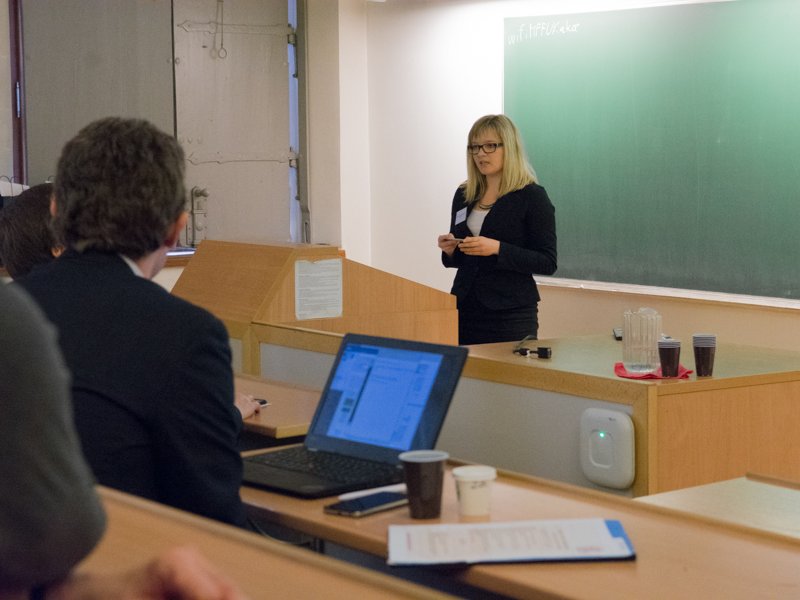 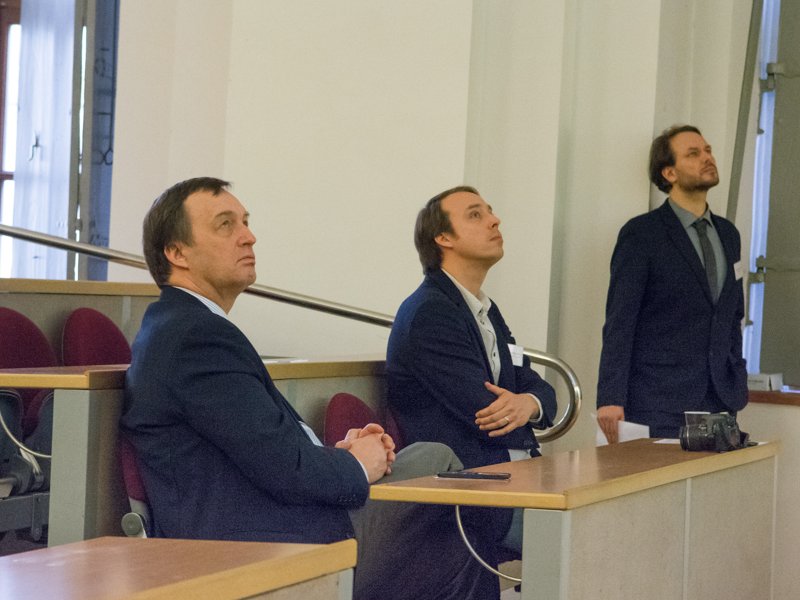 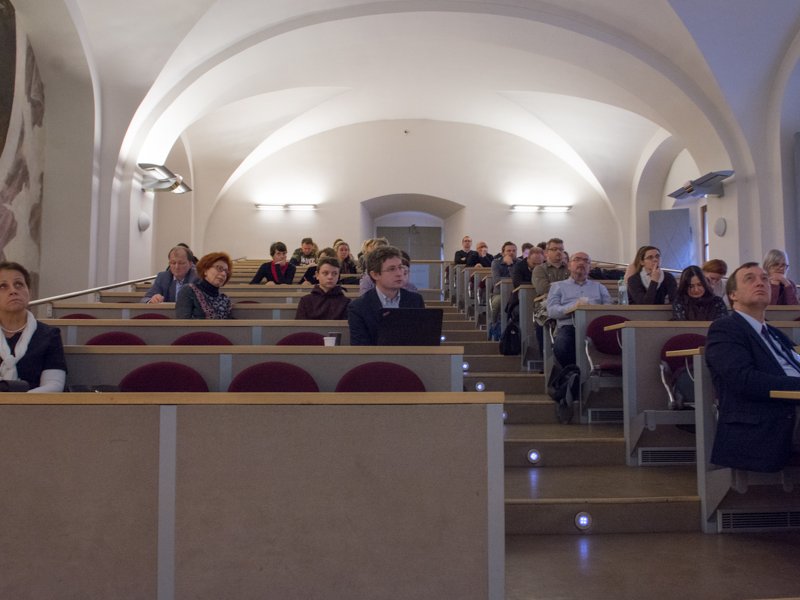 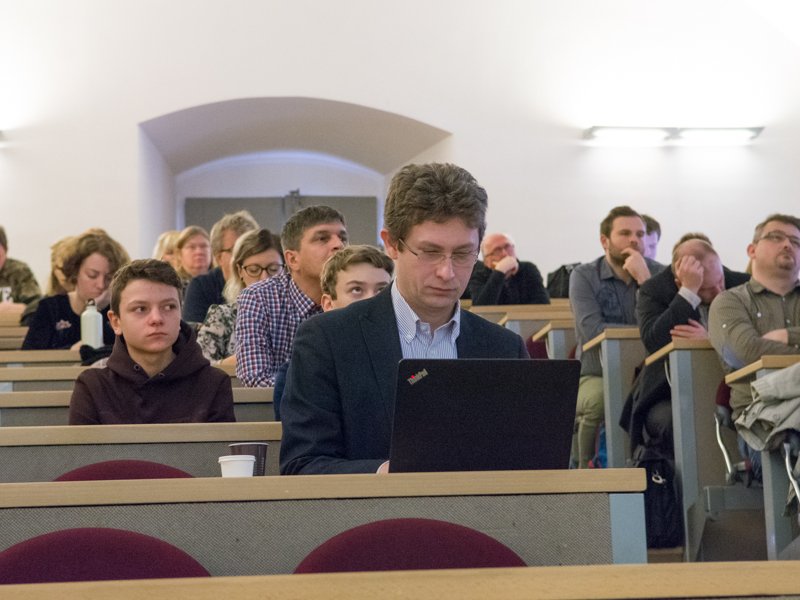 The Malach Visual History Centre was established at the Faculty of Mathematics and Physics in 2010 as the third European access point to the extensive digital archive of the American USC Shoah Foundation. It contains more than 54 thousand audio-visual recordings of interviews with Holocaust survivors and witnesses of other tragic events of the 20th century.

On Monday, 29 January 2018, representatives of the FMP CU together with the users of the digital database gathered in Prague’s Malá Strana to celebrate the eighth anniversary of the foundation of the Malach Centre. Among them was, for instance, Dr Michal Frankl of the Masaryk Institute and Archives of the Czech Academy of Sciences, who employs the archival material in his research on the experience of Jewish refugees in 1938. Another participant was Dr. Jakub Mlynář, one of the coordinators of the Malach Centre, whose research is focused on the analysis of the specifics of oral-historical interviews.

Apart from scholars, students and their teachers also make use of the historical sources and indeed, the IWitness learning platform is primarily aimed at them. This Internet portal was presented during the January event by a representative of the USC Shoah Foundation in the Czech Republic, Martin Šmok. Developed by the Shoah Foundation, the website provides access to over a thousand recordings and two hundred educational activities that are being produced with the help of Czech teachers.

The IWalks interactive walks platform is also gradually making its way into the Czech environment, linking oral history with modern technologies. Students from the Pavel Tigrid Language Comprehensive School in Ostrava-Poruba, together with their teacher Mgr. Marcel Mahdal, who presented the project, created an interactive guided walk tracing the fates of the Jewish population in Uherské Hradiště.

Another part of the anniversary seminar programme was the announcement of the traditional arts contest, which is aimed at pupils and students of elementary and secondary schools. The contestants were asked to use the USC Shoah Foundation recordings in order to create a comic based on a story told by a WWII veteran. Eliška Havlíková from the Dr Emil Holub Comprehensive School in Holice won the first prize in the category of younger pupils, while Liliana Nyklová from the Václav Hrabě Comprehensive School in Hořovice came first in the category of older students.