Stages of Ethnic and Nationalist Violence: Perspectives of the Global ‘North’ and ‘South’

The Colloquium ‘Stages of Ethnic and Nationalist Violence: Perspectives of the Global “North” and “South”’, which took place on 1 November 2019 at the Institute of Formal and Applied Linguistics, Faculty of Mathematics and Physics, Charles University, Prague, Czech Republic, succeeded in bringing together researchers and practitioners from various institutions and introducing cases of ethnic violence occurring in parts of the world that may usually escape the focus of public and scientific discourses dominating the transatlantic space. 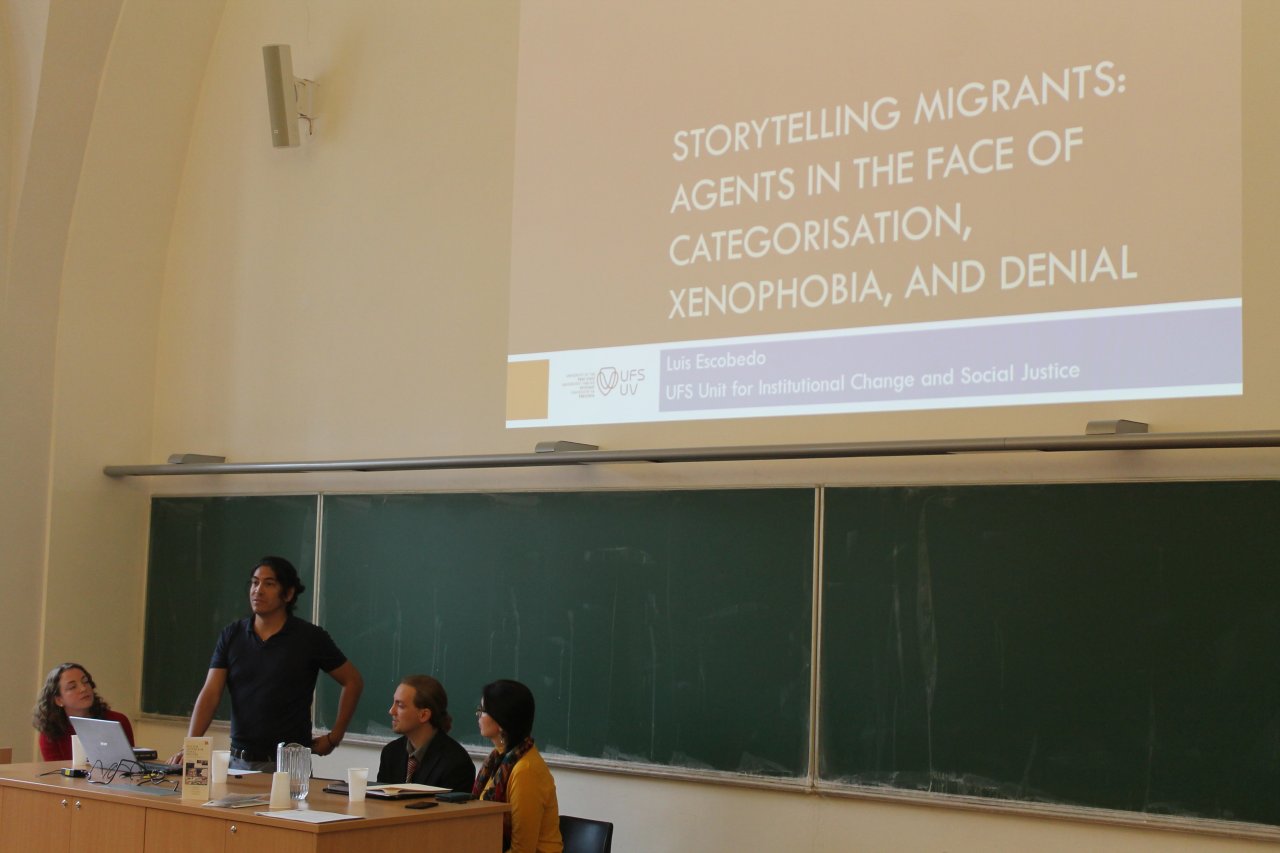 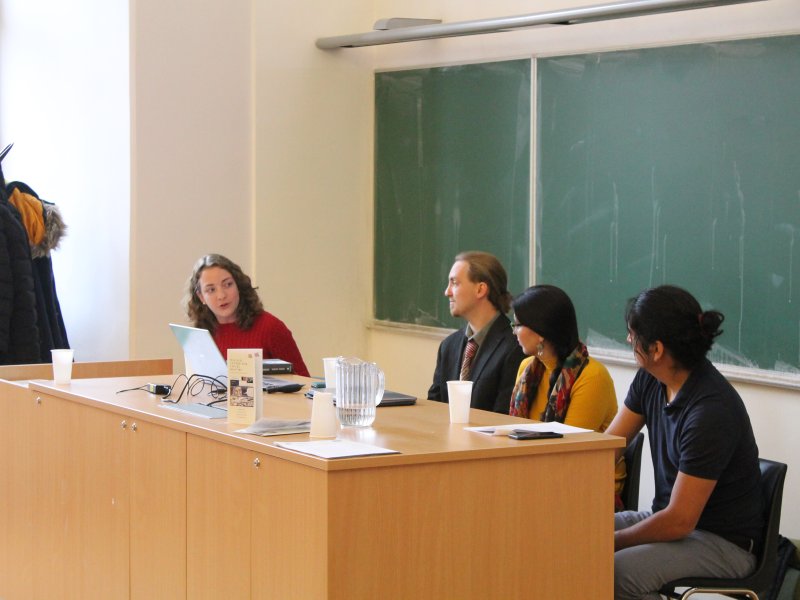 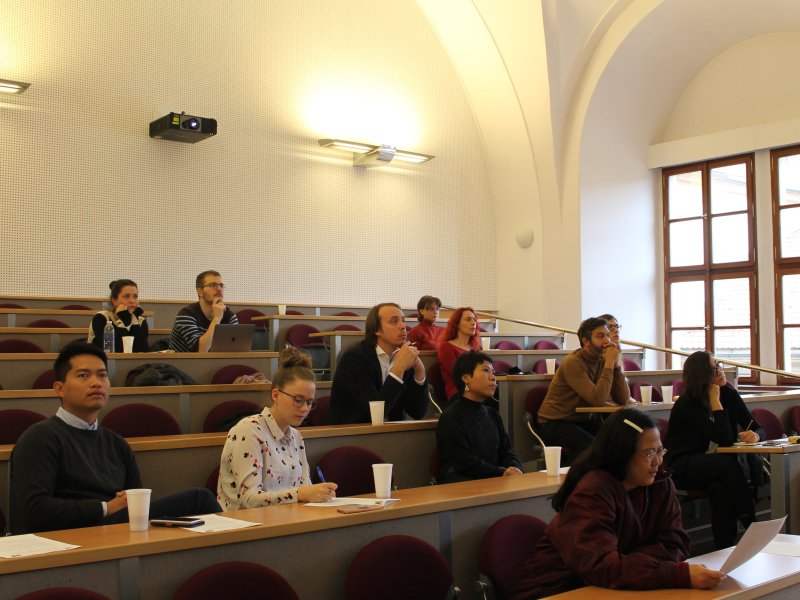 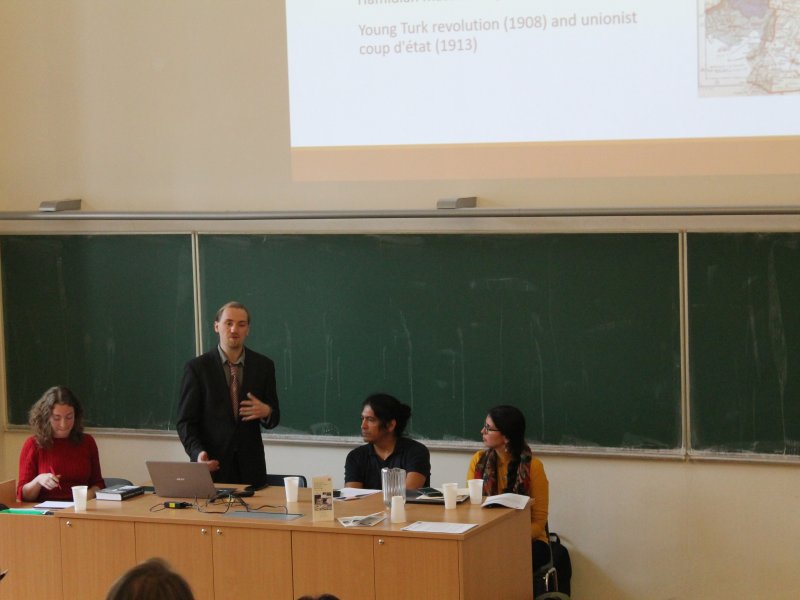 The event was structured in two panels of presentations each followed by a discussion. After the official welcoming by the event organizers (Kocián, Mlynář and Escobedo)1 the first panel chaired by Nikola Karasová (BOHEMS) which was aimed at Social categories and dehumanization opened the whole event. Luis Escobedo (UFS) presented a framing speech for the whole colloquium dealing with multilaterality and multipolarity of ethnic tensions in the post-apartheid South Africa, not only the inherited ones but also those related to the position into which immigrants are currently finding themselves. His presentation entitled Storytelling migrants: Agency in the face of categorization, xenophobia, and denial permeated strongly into the following discussion, providing its theoretical basis and opening the key topic – stages of violence as both analytical taxonomy and framework, of a phenomenon present simultaneously in physical and non-physical varieties.

Carolina Davis (Centre for Ethics as Study in Human Value, University of Pardubice, Czech Republic) followed with introducing an issue of the oppression of the indigenous Mapuche people in the presentation entitled Reflections on the imaginary of the Mapuche people in contemporary Chile. Perception, media and myth around the “Mapuche conflict”. As she described, this unitarian state which is usually presented as a success story of a neo-liberal modernisation model struggles severely with its own post-colonial legacy. By analysing the evolution of the narratives and visual imagery representing the Mapuche historically deprived of many rights in the hegemonic discourse, Davis arrived at a historically founded explanation of the so called Mapuche conflict. Escalating over the last decades, it resulted in declaration of a special military regime in the Araucania region – symbolic and physical heartland of this community – and labelling them officially as “terrorists”.

Marek Jandák (VITRI) gave a presentation on the topic of the Armenian genocide which occurred during the WWI in Ottoman Empire entitled The Order of Genocide in the Eastern Ottoman Periphery: Armenian Victims in the Elazığ Region, in which he introduced among other the benefits of historical approach working across different types of primary sources. Using archival documents and interviews from the USC Shoah Foundation’s Visual History Archive  available at the Malach Centre for Visual History, he presented a detailed picture of the gradual unfolding and escalation of these acts of violence leading to the mass-murder of this targeted group in the region of Elazığ. Simultaneously, Jandák focused on individual and collective agency of local and international actors, who tried to adapt to the quickly shifting framework and conditions the situation presented them with.

The second panel entitled Remembering violence, telling the stories was chaired by Jiří Kocián (Malach Centre and BOHEMS) dived into the issues of mediation, concepts and modality of representations of history and narratives of ethnic and non-ethnic violence. In his presentation entitled Remembering Revenge: Narrative Accounts of Revenge in Genocide Survivors' Testimonies, Jakub Mlynář (Malach Centre and VITRI) turned the attention to the narrative analysis of the Holocaust survivors’ interviews and the ways in which they deal with revenge against the perpetrators of genocidal violence. Elaborating on the idea of accountability of revenge as a substantive division in his typology, Mlynář brought a microanalysis of linguistic aspects of the narrative representation correlating to respective modalities of the analysed phenomenon.

Ileana Selejan (University College London, Anthropology, UK) focused on visual representations of cornerstone historical events and how specific patterns appear in different contexts, how are they reproduced or juxtaposed, and which meanings do they convey. In her presentation Actions. Situations. Possible Scenarios, she observed these patterns in photographs connected to cases of violence and societal transitions as varied as the fall of the Berlin Wall, the Romanian revolution, civil conflict in Nicaragua, and the Spanish Civil War.

Arnab Dewan (Denmark-based independent filmmaker) presented his documentary movie entitled Life is still not ours which employed various narrative techniques, including visual history interviews, to tell the story of the Chittagong Hill Tracts, a region located in the south-eastern part of Bangladesh. This area experienced gradually intensified exploitation since the beginning of the British occupation in the 19th century and became a region of escalating ethnic conflict during the process of decolonization as the indigenous population found themselves in position of an ethnic and religious minority.

Throughout the whole program, it became obvious that despite the rich and varied topical and formal orientation of the presentations, there are inherent patterns and properties to the phenomenon of violence which interconnect individual instances. In the presented cases it occurred as a symbolic item in the vocabulary of the visual language representing history, marker of escalating interethnic or other inter-group tensions and also in its instrumentalized form, as a tool of power. These conceptual and empirical similarities which were dealt with in the fruitful discussions led to the conclusion that analysing cases geographically distributed in countries as different as Chile, South-Africa, Bangladesh, Turkey and post-socialist Europe in a timespan of 100 years can still contribute to a better understanding of stages of violence and hopefully, provide guides of its pre-emption.

Institute of Formal and Applied Linguistics

Useful links:
Malach Centre for Visual History
UFS Unit for Institutional Change and Social Justice
Beyond Hegemonic Narratives and Myths (BOHEMS)
The Center for the Transdisciplinary Research of Violence, Trauma and Justice (VITRI)