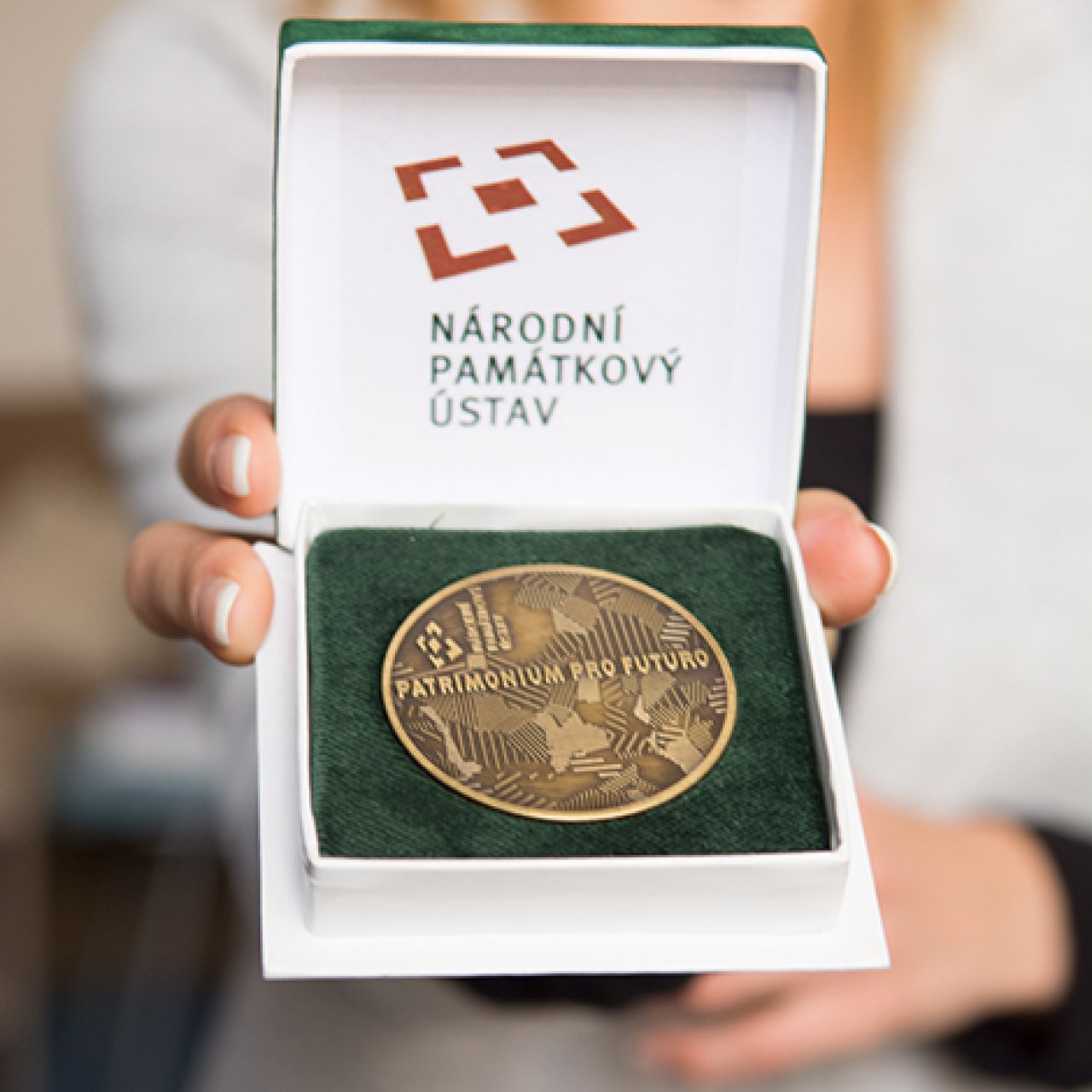 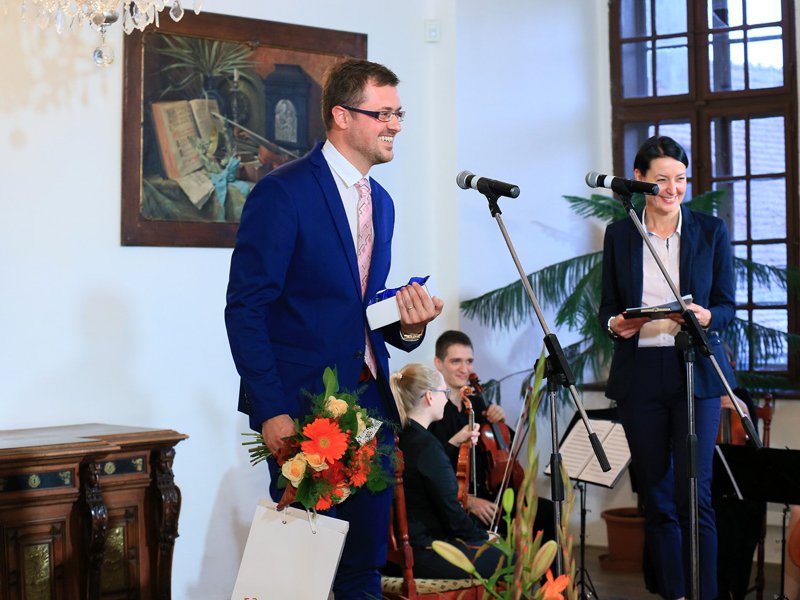 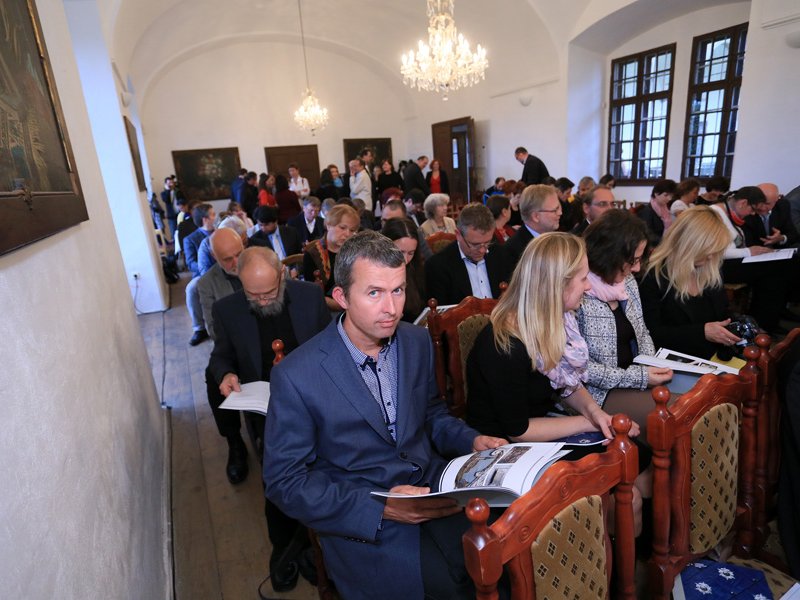 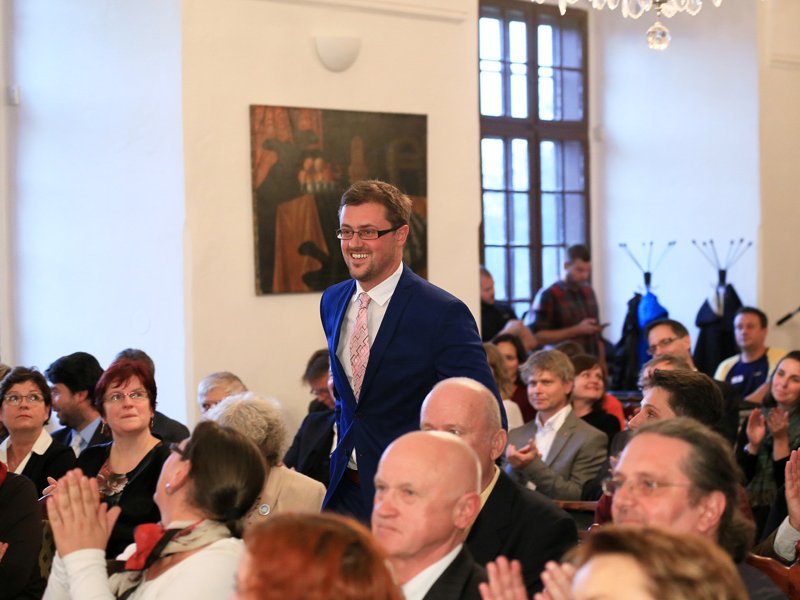 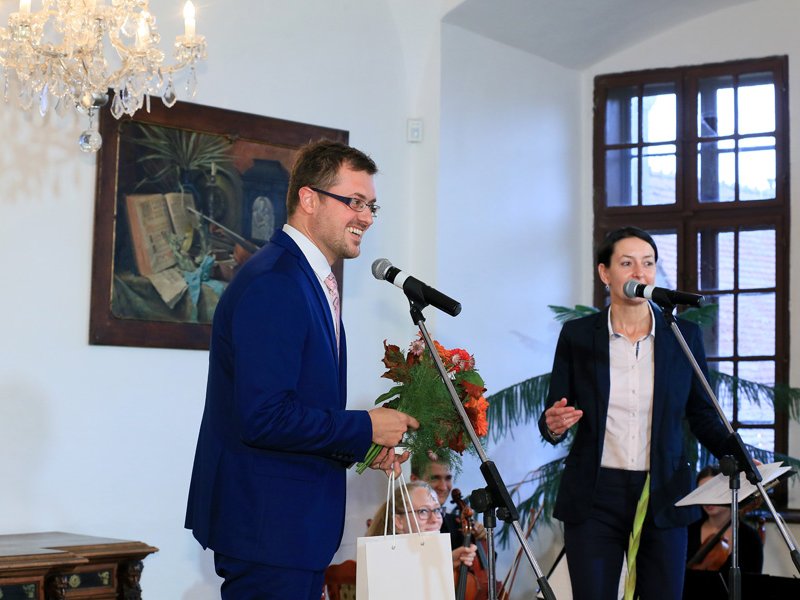 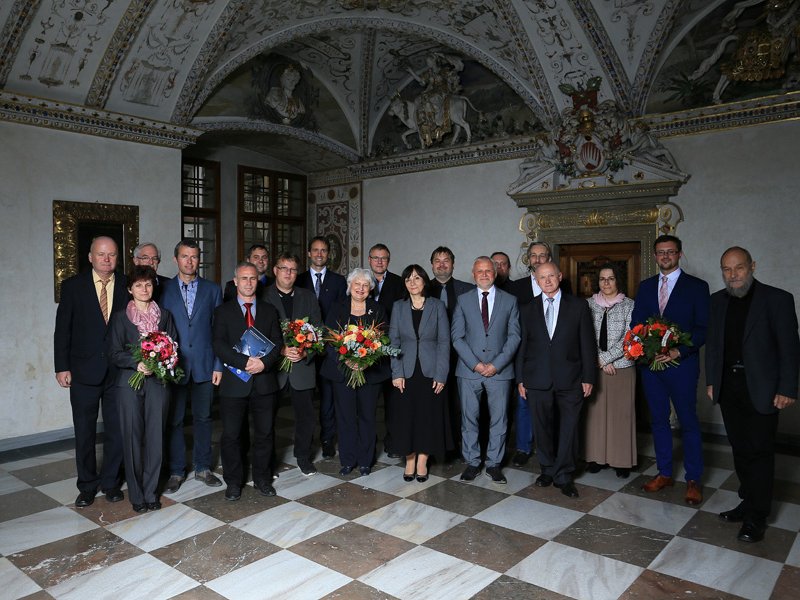 The Faculty of Mathematics and Physics, Charles University proved that it is worth taking part in projects which reveal, preserve, and present monuments of exceptional historical and cultural value, courageously and honestly even though at the beginning obstacles seem to be insuperable, risk too high and engagement unmanageable.

The several-year-long-effort in the "Preservation Project for St. Wenceslas Rotunda at the Lesser Town Square" was awarded by the National Heritage Institute at Bucovice chateau. The Math-Phys was given the Patrimonium pro futuro award 2016 in the category "value presentation". The general manager of the National Heritage Institute Naďa Goryzková gave the award, which was symbolized by a metal commemorative medal, to the hands of Dr. Martin Vlach, Vice-Dean for Public Relations and the leader of the project.

"This award not only belongs to the whole team, which participated in the project realization, but also to all the donors from the public, who financially supported the restoration and retrieval of the Rotunda. Without the aid of these people it would not be possible to finish all work successfully. This fact makes this award even more valuable in our eyes," specified Dr. Vlach.

Apart from the victory in one of the four main categories, the Faculty was also given the "Památky děkují" award, which is elected in an on-line public vote. Overall 4027 people participated in the poll, which was according to the organizers an unbelievably high number of participants.

It has been the fourth year of the Patrimonium pro futuro award giving ceremony organized by the National Heritage Institute. The objective of giving these awards is to draw attention to remarkable acts of the monument protection and award the best projects. The committee of experts chose out of 24 projects in four main categories (monument restoration, renovation; discovery, finding of the year; value presentation; monument rescue).

The national award and the public one prove the importance of the St. Wenceslas Rotunda at the Lesser Town Square for the Czech history in spite of the paradox that the exact science focused faculty of Charles University takes care of its presence and future.

The Faculty of Mathematics and Physics thanks everyone who supported them in the vote of "Památky děkují".