In mid-November, the Student Workshop on Applied Mathematics took place at Matfyz. The three-day international event, organised by Matfyz students in cooperation with students from Heidelberg and Copenhagen, brought closer the application of mathematics across disciplines. 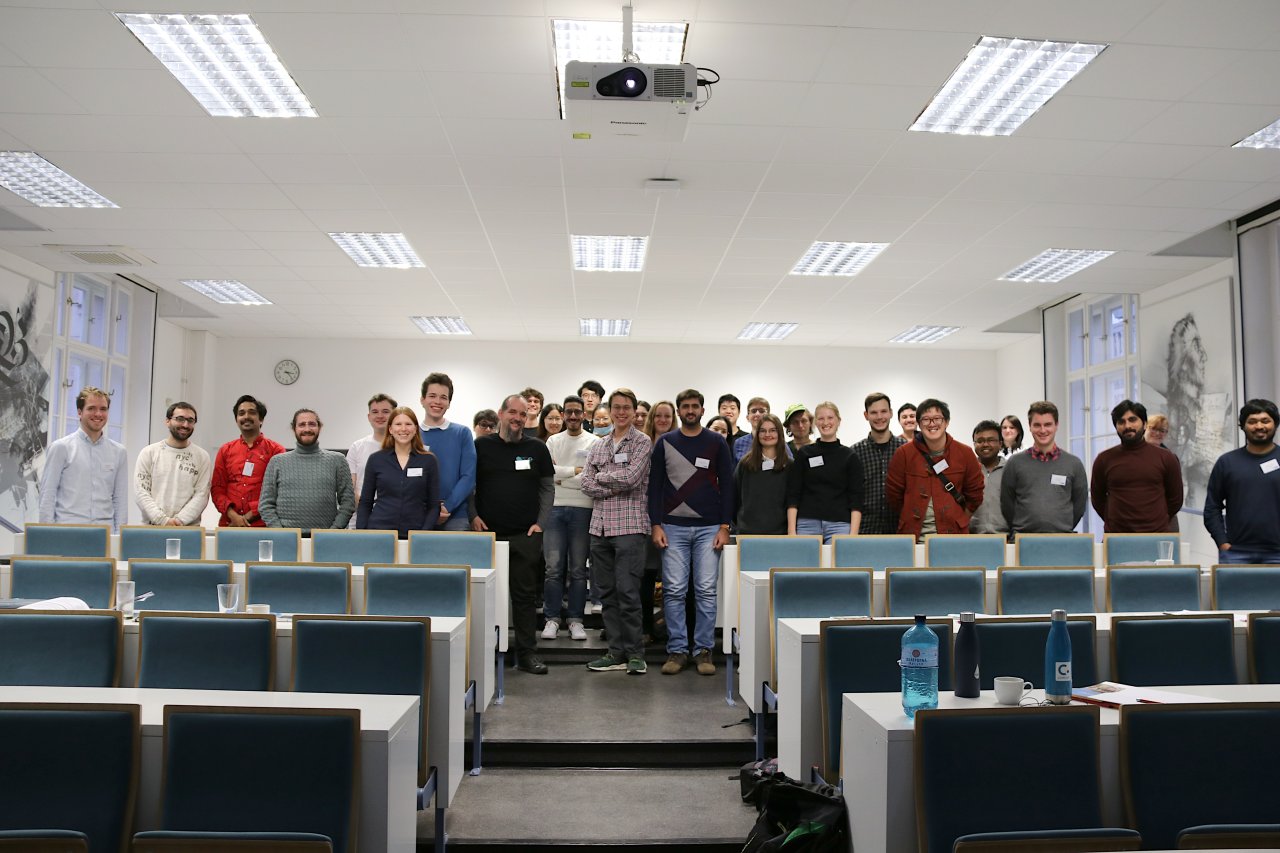 The Student Workshop on Applied Mathematics (SWAM), which took place from 17th to 19th November, was mainly for Master and Doctoral students in Mathematics, Science and Engineering. Its main goal was to bring students together with colleagues and more experienced researchers from different countries and disciplines related to applied mathematics, and to enable them to share ideas and exchange contacts.

Fifty participants (students from eight predominantly European countries and lecturers from the Czech Republic, Germany, Denmark, or the Netherlands) arrived in Prague. “Networking is very important for young novice scientists, and this event was intended to allow development of new links across universities. Mentors of our SIAM Student Chapter Prague often recall that many of their long-time colleagues and friends are just those they met during their doctoral studies," says Jana Brunátová, one of the main organizers and a member of the Czech branch of SIAM (Society for Industrial and Applied Mathematics).

The three-day workshop was primarily composed of lectures, whose common denominator was mathematics applied in various branches of science and engineering from financial mathematics to numerical methods and computer-game water simulations to Einstein's theory of relativity. Speakers who appeared were for instance Roman Neruda of the Institute of Informatics of the Czech Academy of Sciences, who described the relationship between machine learning models and applied mathematics, or Jens Saak of the Max Planck Institute Magdeburg, who talked about model order reduction in thermodynamic systems. Friedemann Kemm's lecture on how to prepare a good scientific presentation has also proved very useful. The diversity of topics and the expertise of the lecturers have shown that applied mathematics can be used in many ways in many disciplines.

The workshop was financially supported by the 4EU+ Alliance and all the organisation was taken care of by Czech students in cooperation with colleagues from Germany and Denmark. Most of them were trying out the hosting role for the first time. “With exaggeration I can say that if I knew how much work the organization of the workshop entailed, I would have thought more carefully about sending the project proposal. Luckily, though, I had great people in the team, and I was also able to turn to the mentors of our association at any time," laughs Jana Brunátová, who is studying for a PhD in mathematical and computer modelling at Matfyz.

"We tried to promote the event globally, and I believe we did. We attracted over 50 participants — applied mathematics students from different countries across different fields - a relatively good achievement considering that only students with limited budgets and no help from more experienced researches organized the workshop itself," says Eda Oktay, a PhD candidate in the Computational Mathematics programme at CUNI MFF.

"Overall, I'm satisfied with the progress, but I have to admit I was relieved at the end. Most of us organizers had almost no experience in preparation of the conference, and yet everything went according to plan. Furthermore, based on the feedback we got, it looks like more than half of the students is considering future cooperation with someone from the workshop, which I perceive as one of the main objectives. Most importantly, however, there was such a pleasant atmosphere at the workshop that I almost regret that it is all over," adds Martin Sýkora, who is also studying Mathematical and Computer Modelling at Matfyz.

The organizing trio belongs among the active members of the SIAM Student Chapter Prague, which unites students mainly from Matfyz and CTU and is part of the international SIAM community. In addition to the Student Workshop on Applied Mathematics, which took place in the Czech Republic for the first time, members of the Czech SIAM also organise regular seminars, courses, or social events.