From the USA to Matfyz to Study Linguistics

Shadasha Williams comes from New Jersey and now is one of the students who attend lectures at Lesser Town lecture rooms since last October. She studies Computational Linguistics there. She is also the second international student who was given a scholarship by the Institute of Formal and Applied Linguistics and the School of Computer Science of the Faculty of Mathematics and Physics, Charles University. 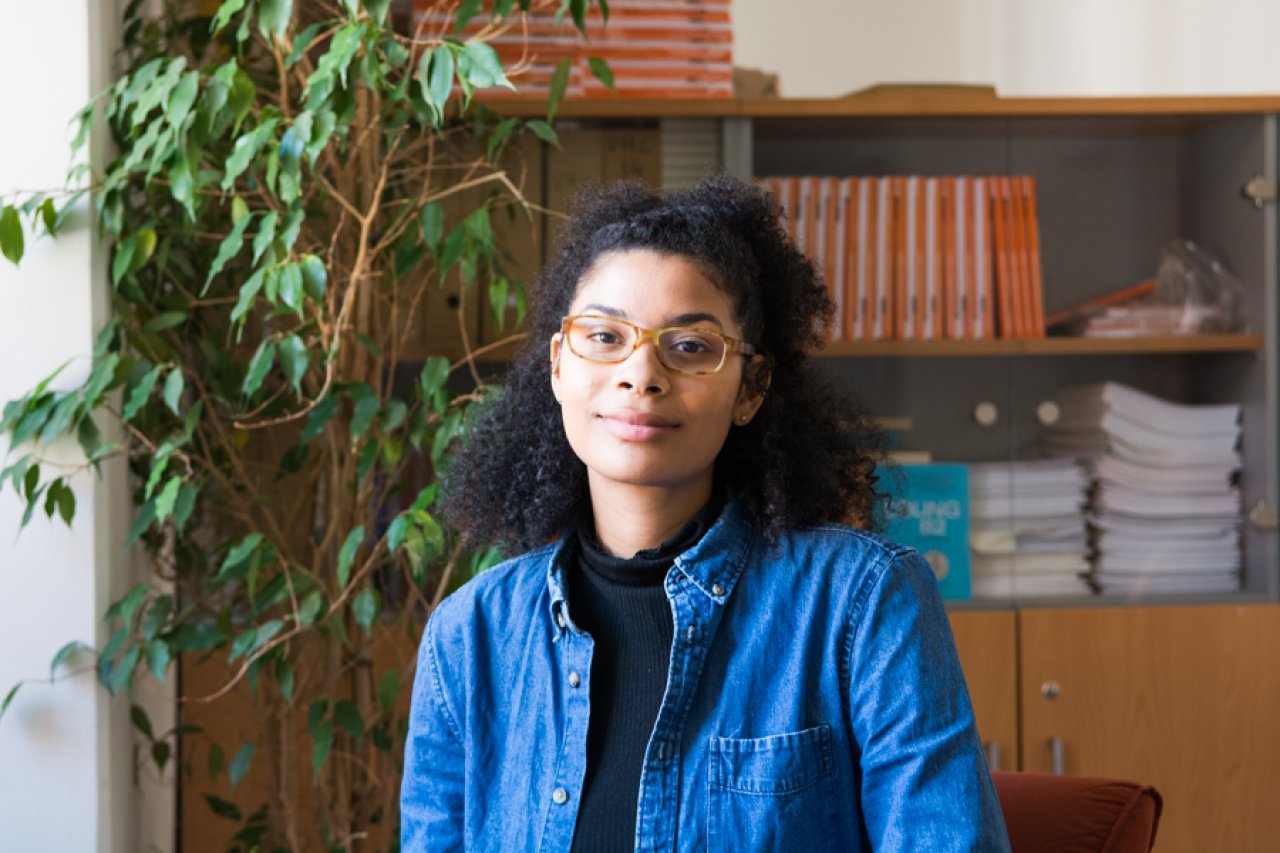 You graduated from Montclair State University with bachelor’s degree in linguistics. What impressed you in computational linguistics? Why did you choose this specialization?

The options of working with a B.A. in linguistics were limited in my opinion. I understood that I did not want to pursue a career in translating, teaching, or speech pathology. Montclair State offered courses for a certificate in Computational Linguistics, so I took these courses out of interest, and the applications introduced to me seemed promising. Computational linguistics offers an opportunity to continue working with language in a more exciting way. Whether it is speech generation or sentiment analysis, I knew I wanted to take part in some of the technology that is currently coming from natural language processing (NLP) careers/applications.

Why did you decide to study this field at the Faculty of Mathematics and Physics?

This was more so a matter of chance because I was placed here from the Language & Communication Technologies (LCT). I applied and was accepted to the LCT program, and placed at Charles University for my first year. I was later informed by the Charles University contact of the LCT about the scholarship and decided to apply separate from the LCT program. After some research thereafter, I understood that the Matfyz program for this specialization was very technical, but I feel that because I come from a linguistic background, this university would provide me with the skills I need to succeed in NLP.

Computational linguistics is a field where several disciplines meet. What do linguistics and computer science have in common?

While there is usually a stark difference in the subjects of humanities and empirical sciences, the shift between linguistics and computer science isn’t as strong as one would think. Linguistics usually requires logic for understanding syntax, lambda calculus for semantics, and a rule based framework for phonology, among other things. So I think between these two disciplines there is a bit of overlap, and throughout my courses I learned both disciplines in parallel, and could make comparisons to my more technical courses and my linguistics courses.

What do you like about studying at the Faculty of Mathematics and Physics? And on the other hand is there anything difficult for you to get used to?

One of my favorite things about studying at the Faculty of Mathematics and Physics is that many of my professors work on very interesting NLP projects. Most of them are dedicated to their personal projects and are constantly working while teaching. This shows us how our education can be implemented in the real world, rather than simply theoretically.

As the program goes on, I realize that the content strays further from theoretical linguistics and closer to NLP models, applications, and implementations. This has been my biggest challenge because I am constantly studying to understand the baseline knowledge that many of my peers with a computer science background are expected to have. Nonetheless, I understand this won’t always be the case, as it is a part of the learning process.

From your point of view what are the main differences between Czech and American universities?

There are quite a lot of differences, but my opinion may be tainted because I am experiencing not only differences between American and Czech universities, but also differences between graduate and undergraduate studies. I think the starkest differences are the testing and grading. Czech students have more freedom in choosing when their final exams occur. In the U.S., all final exams are taken in a span of a week or so, after the last classes of the semester. They are generally set dates and students don’t have scheduling options. The grading is also different – previously, most of my grades were based on my performance in class, participation, attendance, and assignments, with roughly 30% of the final grade being based on the final exam. At Charles University, the coursework is oftentimes seen as credit to take the final exam, and are disregarded afterward, so the only grade attained is the exam score.

Do you see any difference between the way of teaching and the form that lectures and seminars have? American students are said to be more used to discussing and to raising the questions during lectures…

I don't believe that there is much difference, the classroom etiquette is generally the same in both Czech and American universities. I do think that the teaching style of the lectures really is dependent on the subject, as in some courses the themes are up for discussion. On the other hand my courses are quite technical, so there is not much up for discussion. When my classmates have a question or need some clarification they too raise their hand and ask the professor.

How common is it for the US students to spend some part of their undergraduate or graduate studies abroad?

I think it is very common for students to study abroad, especially in Europe. While this is much more popular for undergraduate than for graduate programs, it’s quite common. In fact, a few of my friends came to Prague for a semester during their undergraduate studies.

Why is Europe so popular among the US students? The USA have many prestigious universities…

I think that Europe is popular among Americans because it allows them to explore other countries, step outside of their comfort zone, and it is oftentimes less of a culture-shock than many cities in Asia, Africa and South America. Also, many undergraduate programs allow a semester abroad, but not a semester at another U.S. university.

What attracted you to study in Europe?

The work that is being done in Europe is what attracted me to studying here – linguistics is a niche and computational linguistics more so. When I learned that there are quite a few European universities with respected NLP graduate programs with a much lower cost than in the U.S., I realized it made more sense to study here.

Computational linguistics at Matfyz is a two-year program. What are your next plans?

I would like to find work after this program and see what the NLP industry has to offer. The thought of going forward with a Ph.D. has crossed my mind, but I will only pursue this if I know exactly what I want to specialize in. I am still unsure if I will go back to the U.S., as it really depends on the job market and my personal interests over the next year and a half.