The night before November 17th the oldest Czech foundation awarded meaningful personalities of local science. Apart from the others awarded, two representatives of the Faculty of Mathematics and Physics were honoured. Prof. Eva Hajičová got a medal for Nestors of Czech science, Dr. Martin Balko got the award of Josef Hlávka for exceptional academic and scientific results. 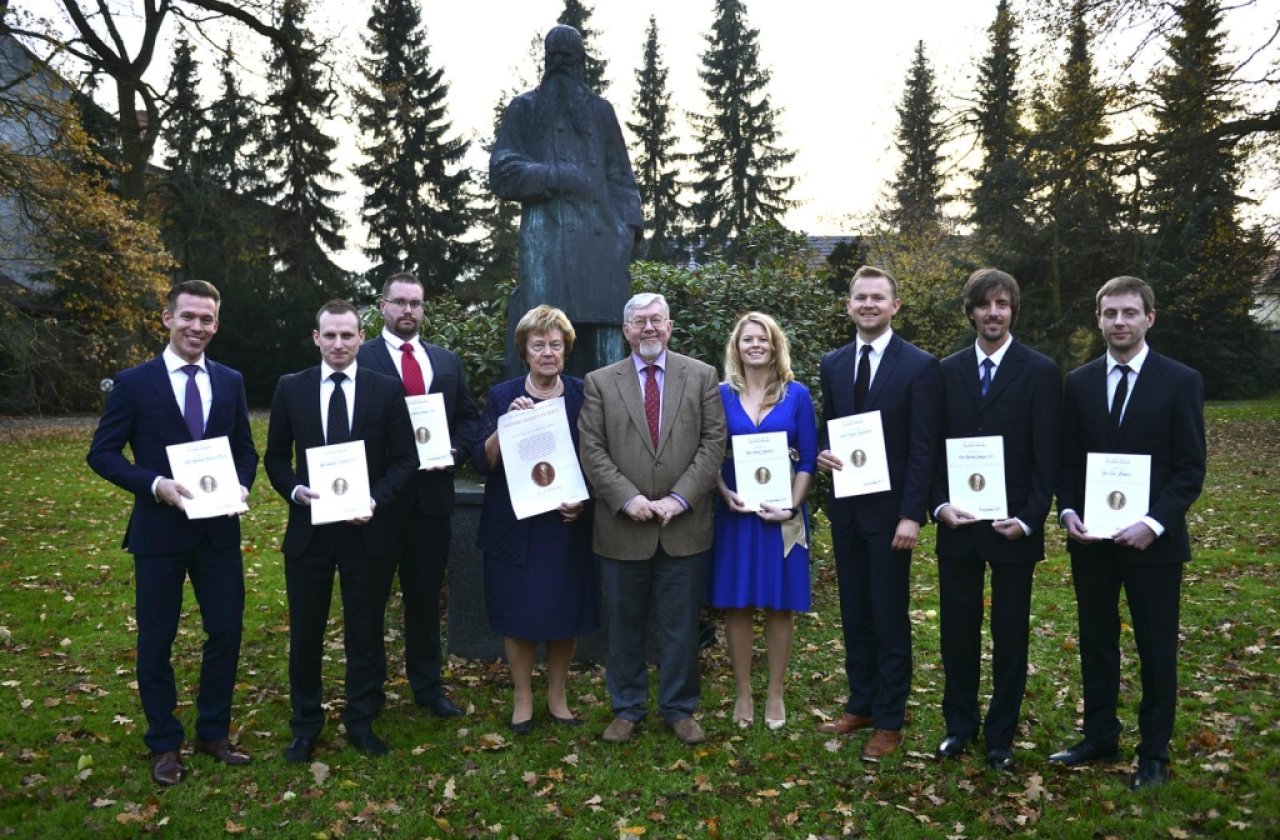 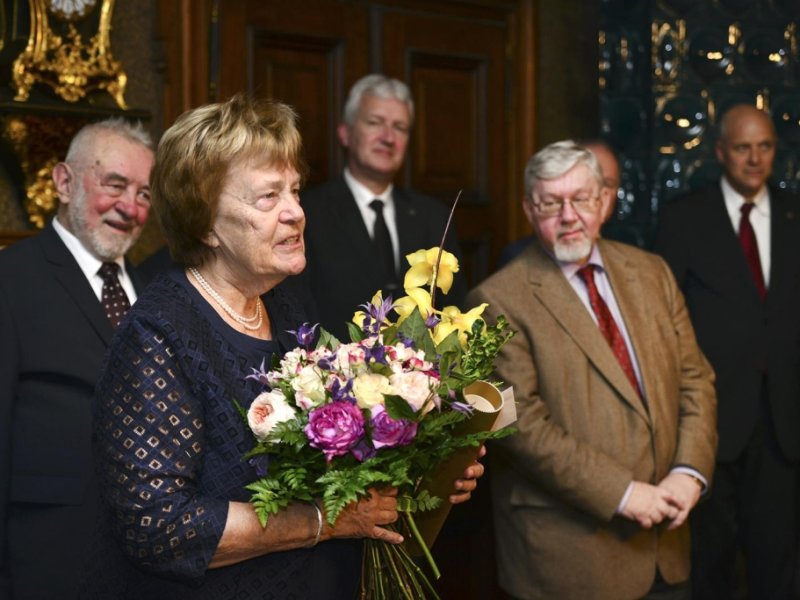 The medals of Josef Hlávka, which are annually awarded by Josef, Marie, and Zdeňka Hlávka Foundation, are meant for the outstanding personalities of Czech science and art. Prof. PhDr. Eva Hajičová, DrSc., from the Institute of Formal and Applied Linguistics was awarded for the lifelong contribution and good promotion of Czech science on Thursday.

Prof. Hajičová has been working for the Faculty of Mathematics and Physics since 1973 and meanwhile the time she achieved several scientific and pedagogic successes. It is her merit that formal and computational linguistics is now one of the top fields of study not only in the Czech Republic but also abroad. Under her leadership a new concept of a worldwide unique project of Prague dependency corpus came into being. She is also an author of more than two hundred scientific papers and a laureate of several Czech and international awards such as Alexander von Humboldt Prize.

Apart from the medals for Nestors of the Czech science and art, young scientists, students and university graduates were awarded at Josef Hlávka Chateau in Lužany. Among eleven awarded Charles University representatives was also RNDr. Martin Balko, Ph.D., from the Department of Applied Mathematics.

Dr. Balko achieved exceptional academic and scientific results. He is an important part of the department leadership, he organizes scientific events, and prepares grants for the Centre of Excellence of the Institute of Theoretical Computer Science. He also participated in excellent international research during his two postdoctoral internships at foreign prestigeous workplaces financed by the grants of European Research Council.

The Endowment of Josef, Marie, and Zdeňka Hlávka is the oldest Czech foundation. It was founded by an architect, politician, and benefactor Josef Hlávka in 1904. Its message is to support science, art, and their outstanding representatives. The medals of Josef Hlávka have been awarded since 1996 being proposed by rectors of Czech universities and the President of The Czech Academy of Sciences. The awarded also get the reward of 75,000 CZK.