The conservation project of St. Wenceslas Rotunda in Prague, winner of an EU Prize for Cultural Heritage / Europa Nostra Award 2018, Europe’s top honour in the field, was celebrated on 28 September at its premises. 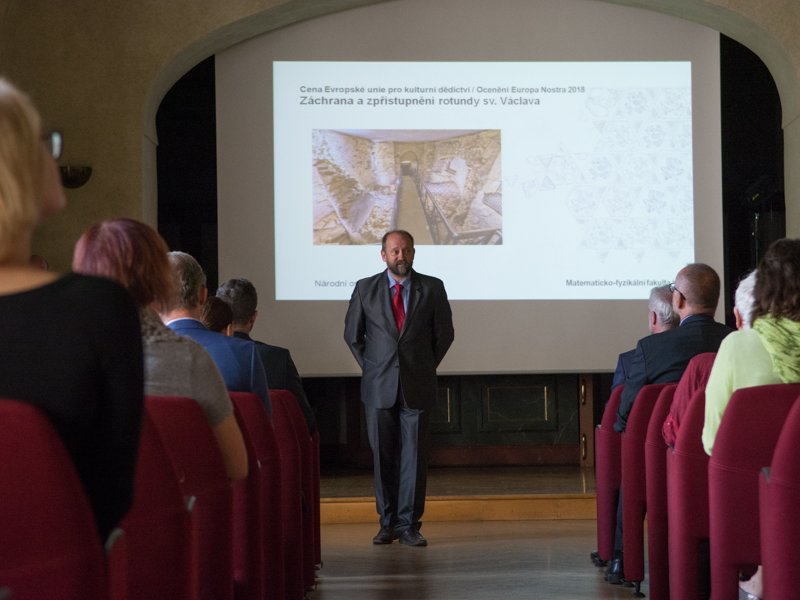 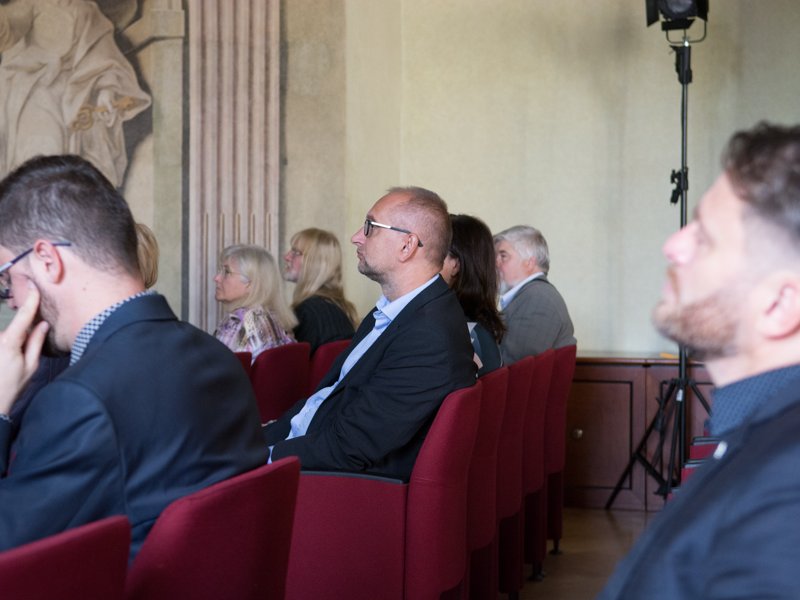 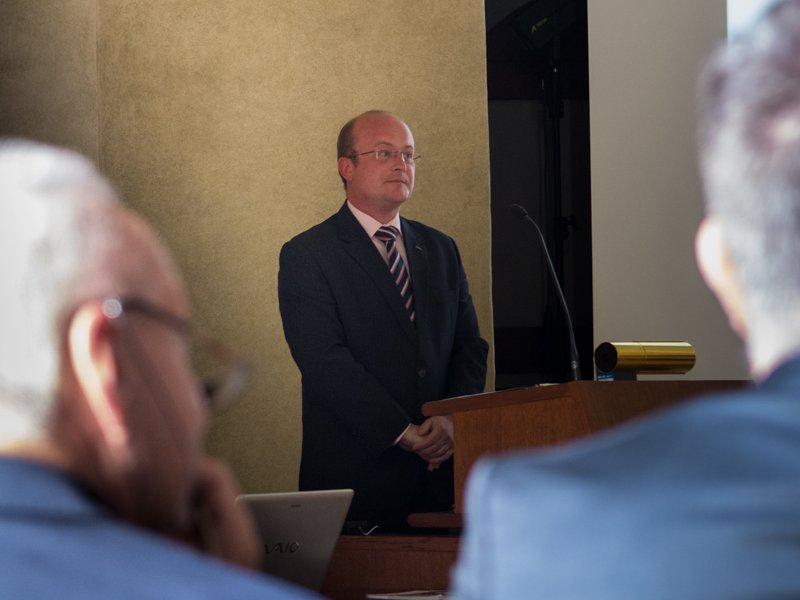 It was a moving ceremony that brought together some 45 people connected to the project and guests. Representatives from Charles University, the Ministry of Culture of Czech Republic and Europa Nostra, Europe’s leading heritage organisation, participated in the event. Jan Kratochvíl, Dean of the Faculty of Mathematics and Physics, Piet Jaspaert, Vice-President of Europa Nostra and His Excellency, the Ambassador of Norway, Robert Kvile, jointly unveiled the Awards bronze plaque.

Jan Kratochvíl, Dean of the Faculty of Mathematics and Physics at Charles University, expressed his joy in St. Wenceslas Rotunda having been chosen as one of the winners of the EU Prize for Cultural Heritage / Europa Nostra Awards 2018. The Rotunda is found in one the most beautiful computer science buildings in the world. “There are three miracles to be noted: the first is that the carriage with the body of St. Wenceslas stopped while passing today’s building in the 9th century; the second was the accidental rediscovery of the Rotunda in 2004; and the third was gaining financial support from more than 800 donors to fulfill the project”, he stated.

Piet Jaspaert, Vice-President of Europa Nostra, congratulated the team behind the project. “I want to pay tribute to the Charles University and its Faculty of Mathematics and Physics as well as to the project’s team and all other concerned experts and suppliers for the way they sought solutions and funding and the way they achieved this high quality preservation and restoration. May this St. Wenceslas Rotunda remain an eloquent testimonial of your unique and rich Czech and European cultural past and an inspiring lever for your future”, he noted.

Jarmila Čiháková, Chief Architect of the project, highlighted the importance of archeological surveys in contemporary construction works. “Archeology today can still offer new experiences, as St. Wenceslas Rotunda has shown. The survey that was carried out on this type of Medieval structure confirmed that the work of Medieval architects was carefully planned and executed.”

Tereza Vavrečková, the EAA and Norway Grants Supervisor for the Czech Republic and Deputy Head of the Department of Foreign Relations at the Ministry of Finance, thanked and congratulated all of her colleagues and the entire team and emphasised the project’s importance to Czech identity.

Martin Vlach, Project Leader, gave an overview of the history of St. Wenceslas Rotunda and highlighted the challenge in financing the project. “It was quite courageous to go to co-financing without having any former experience in this. But now, with the same team, I would not hesitate to continue with the conservation work”, he stated. He also expressed his gratitude to the lecturers, students and interns and all of the other collaborators who worked on the project.