Heliospheric probe Solar Orbiter with electronics from Matfyz onboard sent its first observations of solar wind particles with a unique time resolution. 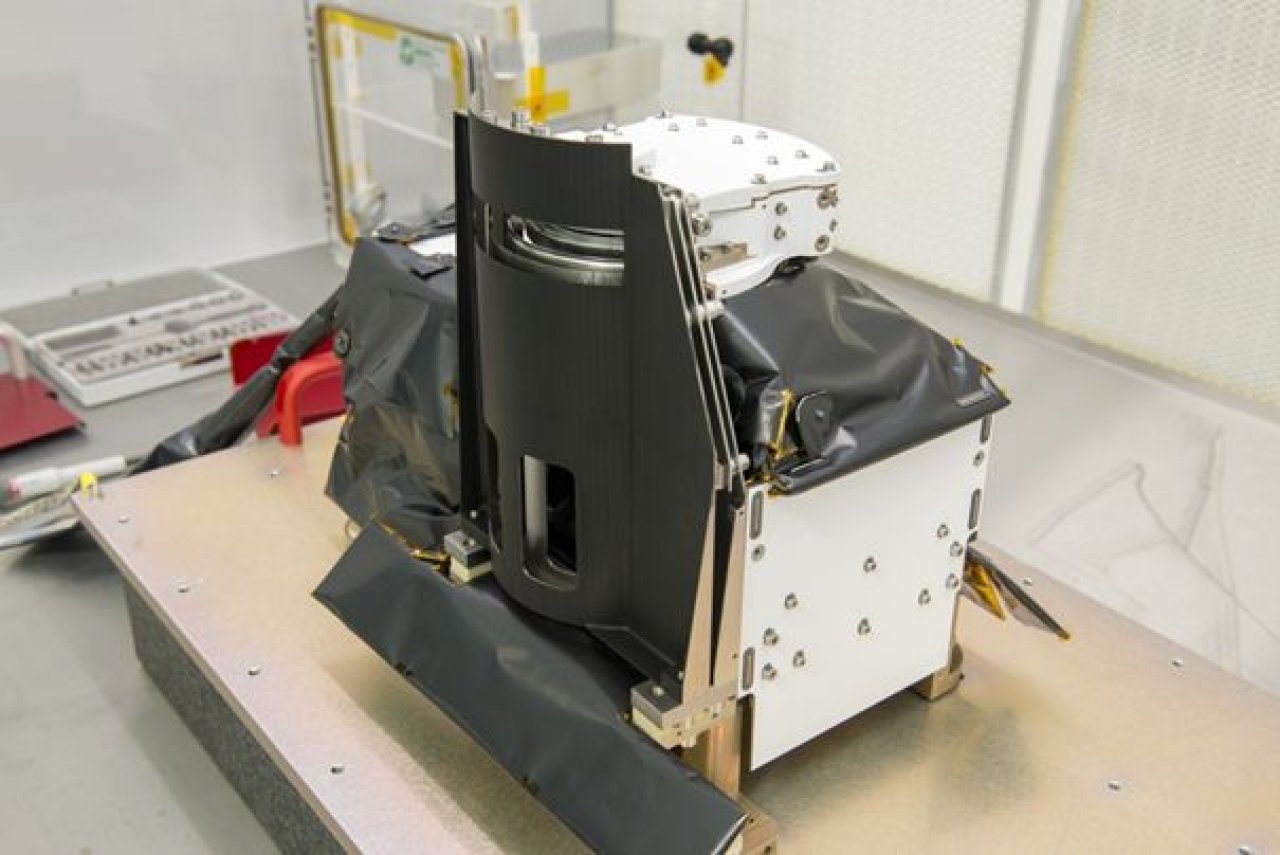 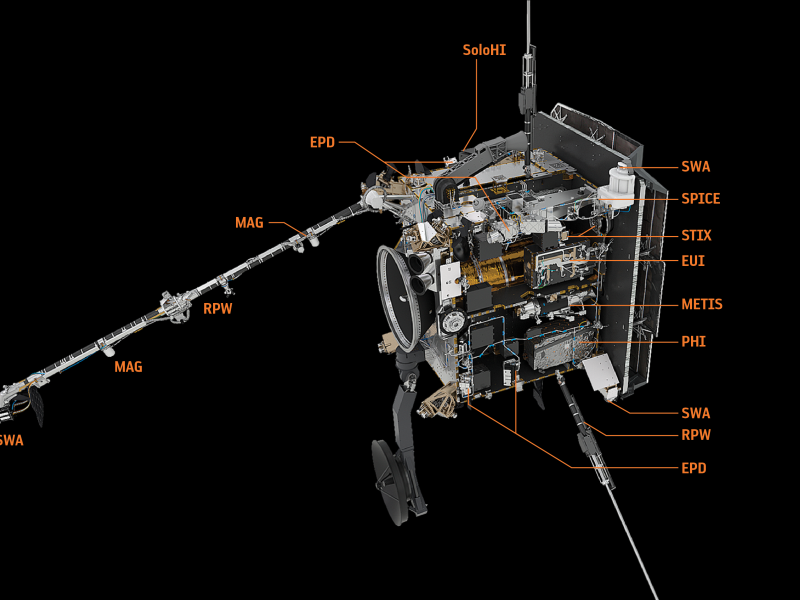 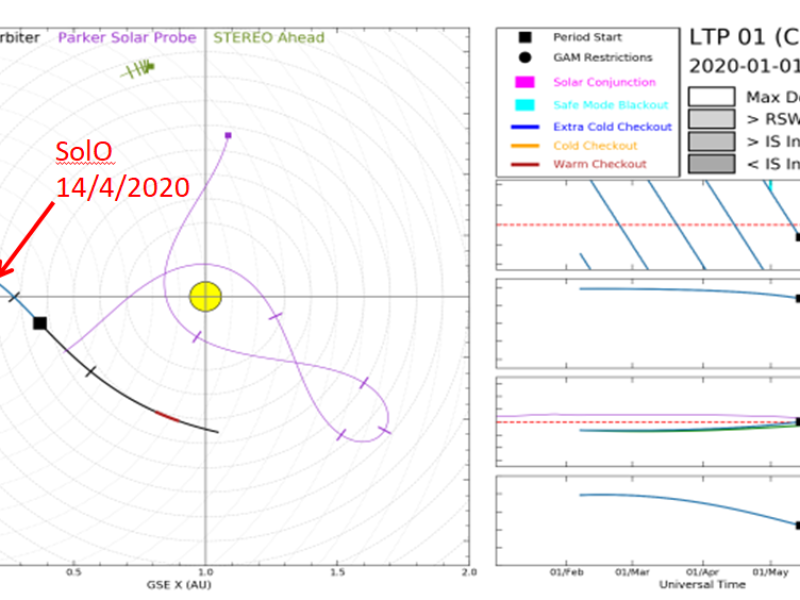 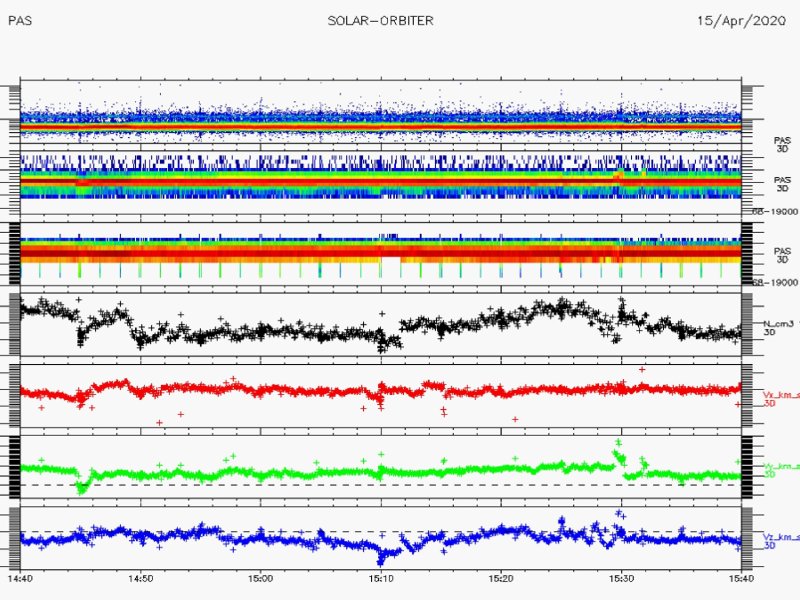 The Space Physics Group from the Faculty of Mathematics and Physics (FMP CU) participated in the development of the Solar Wind Analyser/Proton and Alpha Sensor (SWA-PAS) onboard the Solar Orbiter spacecraft, which will observe the Sun surface, solar eruptions, and their products in the interplanetary space, including investigations of processes in the solar wind.

Solar Orbiter (joint ESA/NASA M1 project from the Cosmic Vision programme) was launched on February 10th, 2020. It currently undergoes commissioning of the scientific instruments in a close cooperation of scientific instrument teams and the Mission Operation Centre (MOC) hosted by ESOC Darmstadt (Germany). The Covid-19 quarantine measures have delayed these activities for several weeks and made personal presence of instrument scientists and engineers in MOC impossible, but during last days the commissioning has been resumed using home office, remote connections and teleconferences according to an updated schedule of direct interactive radio-communication sessions of ground telemetric stations with the probe.

On April 14th, 2020, with participation of teams from IRAP (France), MSSL (Great Britain), FMP CU (Czech Republic), and ESOC (Germany) the Proton/Alpha Sensor (SWA-PAS) was switched on for the first time while in orbit. Basic functional tests including gradual increase of internal high voltage levels were performed. All subsystems were working perfectly and so shortly after noon scientists with enthusiasm and joy received the first 3D spectra of solar wind ion velocities obtained by this instrument. Next day the instrument was commanded to operate in its nominal mode which includes short 3D spectra snapshots with the unique time resolution of 250 ms. Commissioning, testing and flight calibration procedures of the whole SWA suite will continue also during the following days. Starting in mid-May, it is expected to perform continual measurement solar wind particle spectra during the almost two-year cruise of the spacecraft to the Sun vicinity.

The other instruments from the in-situ group (instruments observing properties of environments in the spacecraft surroundings) – magnetometer (MAG), wave measurements (RPW) and energetic particles detector (EPD) have been already switched on and tested during previous weeks and now their calibration and working mode setup is ongoing. The reason of delaying the SWA instrument commissioning were its high voltage sources and sensitive detectors - channeltrons and micro-channel plates that had to be out-gassed properly to avoid electric discharges during the switching on which could destroy them. In the beginning of May, tests of compatibility and common interoperation of all in-situ instruments are scheduled.

Optical remote sensing instruments (for the Sun observation) also have been gradually switched on during this three-month lasting Near-Earth Commissioning Phase and their occasional operation during the following 18-month Cruise Phase is also planned for calibration and testing purposes. Their scientific observations will begin from December 2021 when the Solar Orbiter orbits become closer approaching to the Sun. So, our colleagues have to wait for their scientific results a while, but we believe they are patient after ten years of the Solar Orbiter development. We keep our fingers crossed for them.

When continuous measurements start, all scientific data shall be open to a general scientific community from ESA server archives after three months. The Space Physics Group of the Department of Surface and Plasma Physics, CUNI MFF, who participated in the development of electronics for the Proton and Alpha Particle Sensor (SWA-PAS), has gained a priority access to the latest data soon after their reception by ground telemetric stations. Scientists and doctoral students will take part in the instrument monitoring and in-flight calibration. They will search for important events and perform regular data inspection before the data are released to public. We plan announcement of several doctoral, master, and bachelor thesis topics aiming to processing and interpretation of data from this important international scientific project.