A search tool developed by Matfyz Computer Science students has scored another success, this time at the international competition ‘Video Browser Shutdown’ (VBS), which took place on 5 February in Bangkok, Thailand. 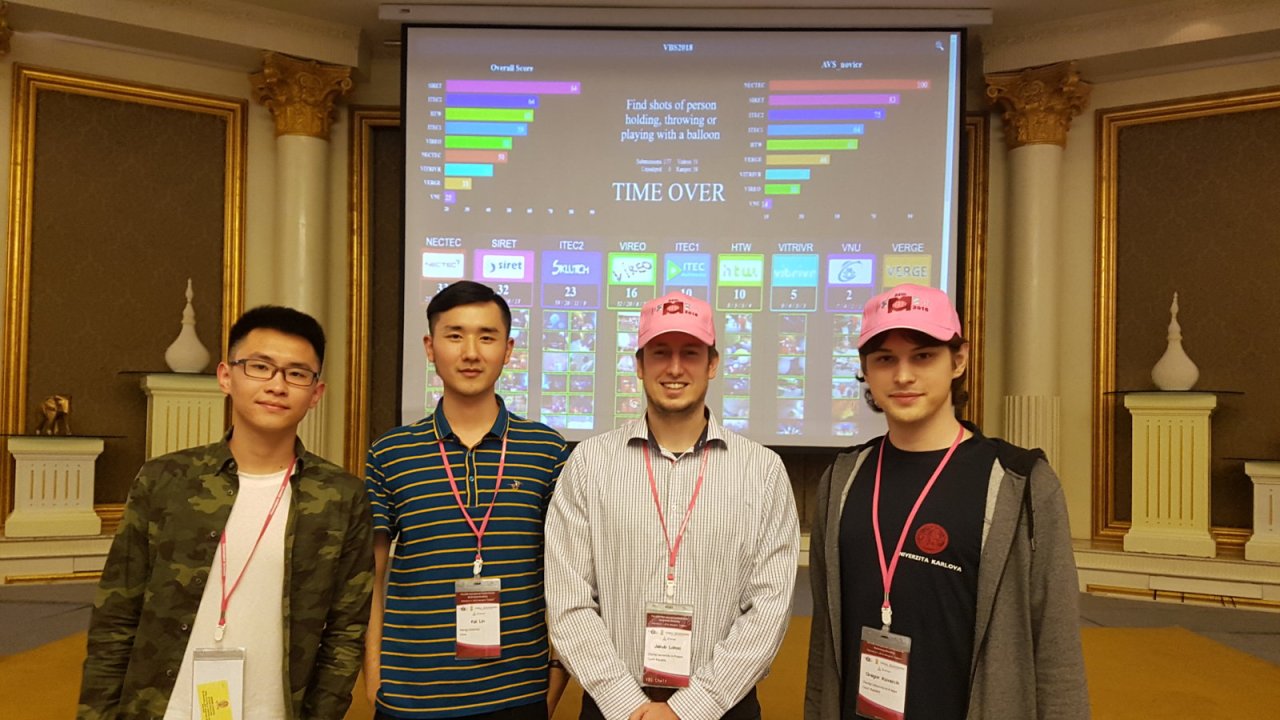 Video Hunter, a software enabling users to effectively search large collections of video footage, was presented in Bangkok by the project’s main developer, Dr Jakub Lokoč, and his student, Gregor Kovalčík, BSc. In a strong competition of eight other teams from around the world, the Czech team won the first prize of the annual contest that accompanies the MultiMedia Modelling international conference.

The competition tested the tool’s ability to rapidly search for a specific scene among six hundred hours of recorded footage, using a playback of a short video sequence or textual input as the starting point.

“This input method attempts to mimic real-life situations, such as identifying a missing child or a crime suspect in CCTV recordings. These are also some of the examples of the possible future uses of the software in practice,” said the participating student, Gregor Kovalčik, about the competition.

It is not the first time that Video Hunter has received an award at a prestigious competition. As Lokoč, who has led the project for over four years, explains: “Adam Blažek, currently a doctoral student at MathPhys, won the VBS competition twice with the previous version of the tool, as well as the IT SPY competition of diploma theses, for which he was awarded the Dean’s prize.”

Lokoč and his students, Gregor Kovalčík and Tomáš Souček, had fully reworked the tool and based it on new principles, including the incorporation of cutting edge technologies into the field of machine learning, which led to their winning the first prize at VBS three years later. As Lokoč expounded: “Our work has come to the attention of a number of research teams around the world and we have received some interesting cooperation offers. I myself was invited to join the Organising Committee of the competition.”

The members of the winning team are part of SIRET, a significant research group lead by doc. Tomáš Skopal at the Department of Software Engineering at FMP CU. The group focuses on various aspects of similarity search in unstructured data, whether it be multimedia retrieval techniques, similarity indexing, Internet malware detection, or recently also recommendation systems and analysis of multimedia data in personalized environments. Some of the members are also working in the fields of bioinformatics and cheminformatics.