Extraordinary Success of Our Programmers

The 39th world finals of the academic programming contest, ACM ICPC, took place in the Moroccan city of Marrakesh between May 16th and 21st, 2015. The Charles University team, composed of three students of the Faculty of Mathematics and Physics — Filip Hlásek, Miroslav Olšák and Štěpán Šimsa — was one of the 128 participating teams. 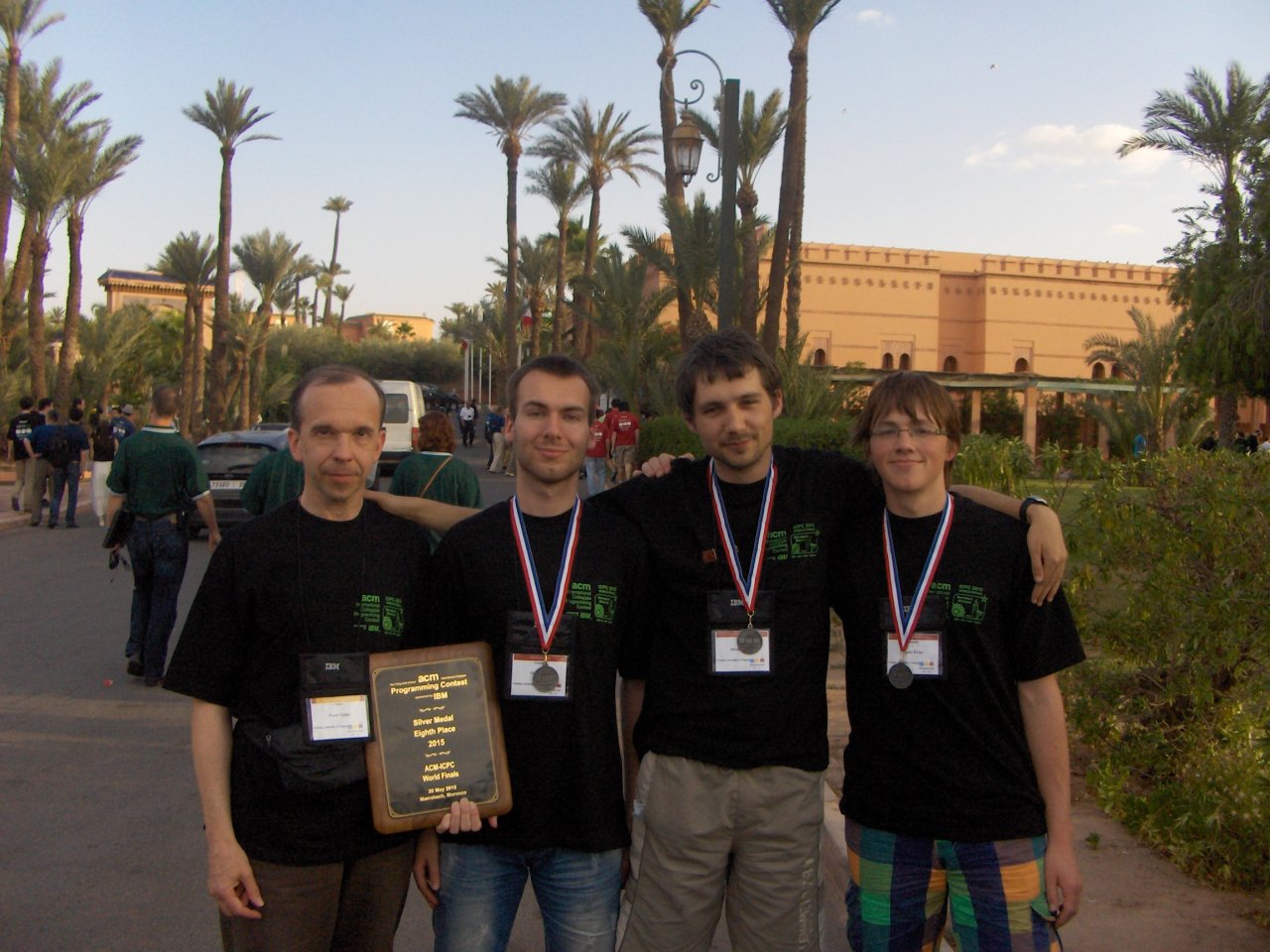 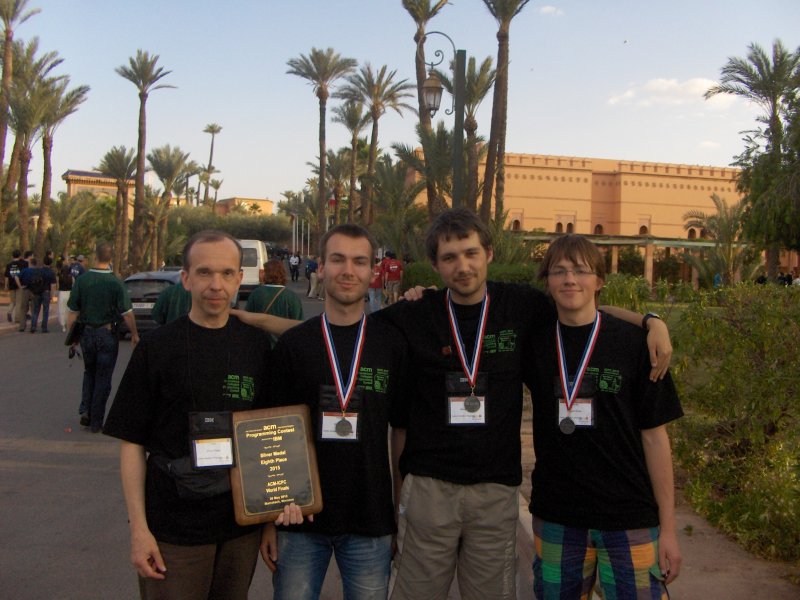 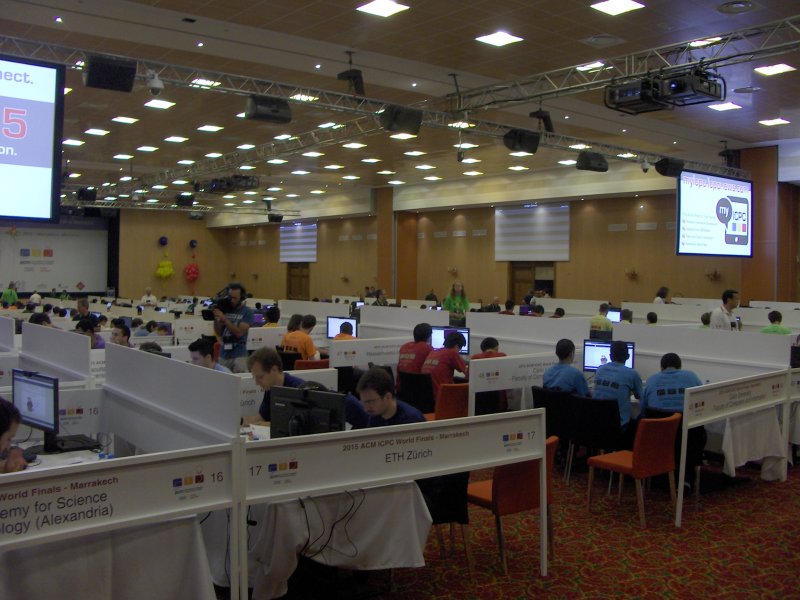 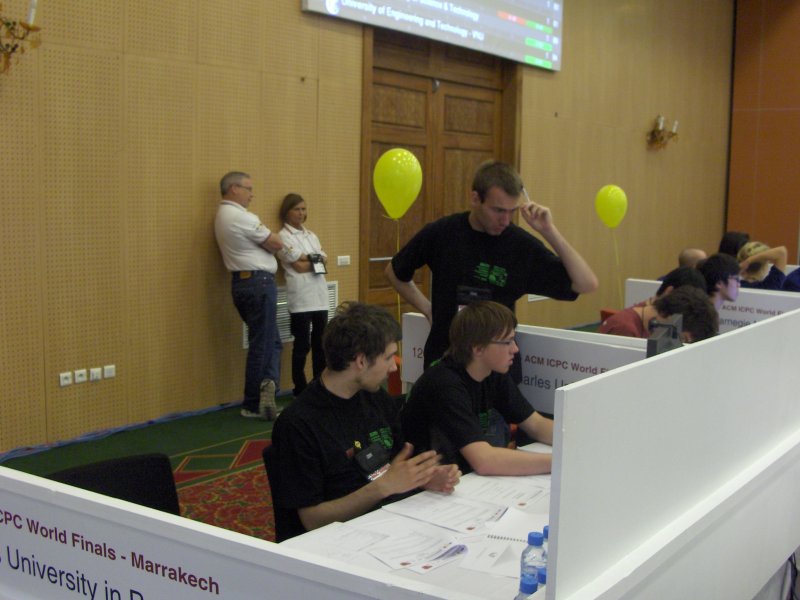 The very qualification of our team for the world finals of this prestigious competition is a great achievement. This year, the regional rounds were attended by students from 2 534 universities from 101 countries around the world — virtually, all the world’s universities with an impact on the field of computer science.

Nevertheless, the team representing Charles University have achieved an outstanding result even in the strong competition of the very best. Having solved 10 out of the 13 assigned tasks they finished 8th in the overall standings. According to the rules of the competition, 12 best teams are awarded medals, 4 of which are gold, 4 silver, and 4 bronze. With our contestants winning silver medals, their achievement is the best result in the ACM ICPC competition since 1998, when the student team of the Faculty of Mathematics and Physics won the finals.

For more information, please visit the official website of the contest or the ICPC News site. Competition tasks that were solved are also available.

An overview of results and detailed scores can also be found on the official website of ACM ICPC.